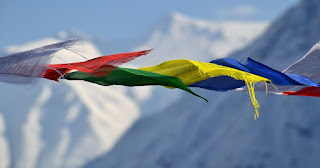 On July 16 2019, at 9:38pm, GMT, there is a lunar eclipse across Cancer-Capricorn, the axis of structure and security. This is the second and last lunar eclipse of the year and follows the solar eclipse ofJuly 2, which was the only total solar eclipse to occur across the Cancer-Capricorn axis within the three-year period of 2018-2020. Regarding that eclipse we wrote that the chapter now opening or closing carries the greatest weight in this three-year period. This chapter also involves conflicting visions and ideals where the ultimate goal is one of gaining more independence, self-reliance and creativity.

The present lunar eclipse, therefore, illuminates emotional responses to the chapter that opens or closes this month. These responses, however, appear to stem from a lack of structure and security, especially material (Moon in Capricorn). Besides, with the Saturn-Pluto-Moon stellium, where also the South Node is involved, and with an exact Venus-Saturn opposition, material structures and savings suffer a rather serious blow and cause emotional insecurity or a lack of domestic and family harmony (Venus in Cancer ruled by Moon in Capricorn). Shortages, however, have a way to spur us into action so that we can redress them. Currently, the Jupiter-Neptune square both compounds and softens the shortage marked by the Venus-Saturn opposition. This creates a planetary formation known as ‘flag’ or ‘streamer’ and is reminiscent of the prayer flags (Jupiter-Neptune) that Buddhists hang on top of the world (Capricorn), Mount Everest that is.

Therefore, to the extent that Jupiter’s harsh aspects (quincunx-semisextile) detract from our optimism and belief in emotional security and family harmony, Neptune’s soft aspects (trine-sextile) give us hope through imagination and visualization. The top of the formation is, after all, Venus in Cancer, along with the North Node - so if we attach more value to emotional security as a means of spiritual development, we can make the ‘prayer flag’ wave, and - why not? - fly away!

Additionally, the retrograde learning triangle between Mercury, Mars, Uranus and Chiron reveals the joy we will get when we learn how to close any wounds (Chiron) caused by recent verbal conflicts or disputes (Mercury-Mars). Learning, of course, will come through trial and error (retrograde triangle) because conditions are unpredictable (Uranus). Therefore, the easy solution may eventually be to choose silence (Mercury retrograde, absence of air, Moon = Sun = Mercury/Saturn). In any case, now is a good time to review ideas and communications that took place around the end of June, when Mercury was at the same degree it is now, so that there is a first conclusion by August 13, 2019, when Mercury returns to the same degree. We wish you enjoy the lunar eclipse and that you let the prayer flags wave!
Posted by Dr. Vangelis Petritsis at 16:43