New Moon in Leo: The Pain is Gone… 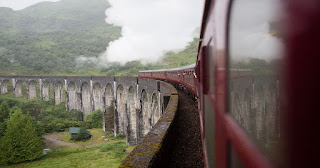 On August 1st 2019, at 3:11am, GMT, there is a New Moon taking place in the dramatic, impressive and creative sign of Leo. Like every New Moon, this one too invites us to a new beginning in that area of ​​one’s horoscope where it happens to fall. However, more than a new beginning, this New Moon seems to be creating a sense of urgency for quick settlement of important pending issues that were created while Mercury was retrograde in the days surrounding the lunar eclipse of 17 July 2019. This appears to be the message of the New Moon being in a critical degree ruled by Mercury and of Mercury stationary direct in the exact degree of the lunar eclipse mentioned above.

Given the criticality of this degree (critical degree ruled by Mars), one could say that there is a strong feeling of insecurity due to pending issues in communications and travels that are possibly carried out more slowly than is desirable. Nevertheless, with the simultaneous presence of four planets in Leo (Sun-Moon-Venus-Mars), the New Moon gives the opportunity for entertainment and gradual relief from insecurities along with return of optimism (applying trine between Jupiter and the Lights, Mars = Mercury/Jupiter).

That said, there is a basic premise for the return of optimism which has to do with the new beginning allowing for purging and transformation (Jupiter = Moon/Pluto = Sun/Pluto), even if that means one needs to sacrifice part of their material security (Pluto in conjunction with Saturn-South Node). Besides, with Chiron and Uranus in separating trine and square aspects, respectively, with the Lights, it seems that wounds caused by sudden developments in July are already healed. And with Neptune atop an ambivalence trine where Mercury and Pluto are involved, imagination and vision will allow the mind to escape from any obsessions.

Therefore, the pain is gone - it is now up to us to move forward and to allow the imagination and the spirit of forgiveness to guide us. In any case, we wish you enjoy the New Moon!
Posted by Dr. Vangelis Petritsis at 18:28