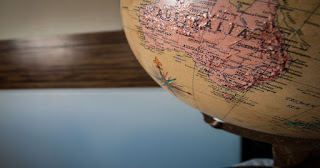 On January 10, 2020, at 7:21 pm, GMT, the first eclipse of the year takes place! It is a lunar eclipse, it follows the December 26 solar eclipse and leads to an initial completion of important processes that began around those days. Given its lunar nature, this eclipse seems to open or close some important chapter concerning our home and daily and family life as well as our relationship with important female figures such as mother, wife or partner. The Cancer-Capricorn axis where the eclipse takes place speaks about issues of structure, hierarchy and security, so one might expect to experience this eclipse as some sort of shortage in relation to these issues in our home and family life or in relation to the important female figures mentioned above.

In addition, the superior Sun-Mercury conjunction in Capricorn reveals that the processes now culminating will yield further results within the next two months. Mercury's out-of-bounds transit in Capricorn also shows that one has to think in an innovative or unusual way if they want to see long-term results. Of course, the harsh and partile activation of the eclipse by Mars, as well as the fact that Uranus turns direct at the degree of Moon’s pure exaltation, speak of sudden and possibly violent or dangerous acts that disturb the material security of many people, which in turn creates a sort of obsession about collective values ​​and relationships (unaspected Venus in Aquarius in mutual reception with Uranus).

After all, at a mundane level, the simultaneous Saturn-Pluto conjunction opens up a multiannual cycle during which we will be faced with serious and profound changes due to the possibly radical overhaul of our relationship with material security and reality itself. The current environmental catastrophe in Australia is indicative of what humanity has to face in the coming years - it is not, of course, accidental that the astrocartography of the present eclipse shows Saturn and Pluto rising across south-eastern Australia, exactly where the fire burns right now…

Although hope for the time being seems to be going ‘down the drain’ because of Jupiter's conjunction with the Lunar South Node, there is light at the end of the tunnel if one is able to protect, understand and open their arms to those in need (Moon in Cancer ruling North Node) making sure to use necessary organization and targeting skills for the future (South Node in Capricorn). We hope this eclipse leaves you as 'unscathed' as possible because, if truth be told, there is not much that is comfortable about the lunar eclipse horoscope, especially in terms of feeling secure and laid back!

Posted by Dr. Vangelis Petritsis at 16:54