Solar eclipse in Taurus: Possessiveness can only lead to loss... 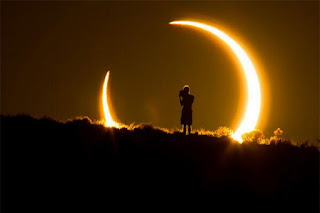 On May 10th 2013 at 00:28, GMT, there is a solar eclipse at the 19th degree of Taurus. In line with that I’ve written in the past, eclipses are usually the cause of fear and are traditionally regarded as a bad omen, but it would be useful to clarify that eclipses mark the culmination of events and emotions, be them positive or negative.

Specifically, a solar eclipse is a new moon that casts a shadow over the Earth, which intensifies the importance of such a new moon. Although there is no general consensus on the duration of the influence of an eclipse, it is generally accepted that the influence is felt more strongly up to one month before and after the eclipse.

This eclipse is disposed by Venus in Gemini receiving a square aspect from Neptune and it further takes place with the Sun and the Moon being conjunct with both Mercury and Mars. The latter is also involved in an opposition aspect with Saturn in Scorpio, but the influence of this aspect isn’t that strong because it’s separating by seven degrees of arc. Given that the previous eclipse, which was a lunar one, took place once more with a multitude of planets in the signs of Taurus and Scorpio, the signs that form the two poles of the so-called axis of physical and emotional exchange, this solar eclipse calls for a new beginning that is based on the lessons learned during the last lunar eclipse. Ideally, what we learned from the previous lunar eclipse was that it is pointless to accumulate material goods and possessions if we do not intend to share them. Besides, the Moon’s North Node in Scorpio requires of us to grow by making sure that we deeply share both our material resources and emotions.
Nevertheless, Venus in Gemini seems to accentuate our lack of decisiveness regarding which pole to prefer: the one of accumulation (Taurus) or the one of sharing (Scorpio)? Should we keep our money and materials goods to ourselves (Taurus) or should we share them with someone else (Scorpio)? Venus’ square with Neptune reflects though the imperative need to share our material goods in a spirit of selflessness. If we don’t do this on our own, then the universe will probably do it for us in the form of financial loss, through fraud or theft for example. Let’s also take into account the fact that Mars with Pluto (which is in mutual reception with Saturn) jointly rule the Moon’s North Node in Scorpio: this means that if we don’t learn how to share, then any important initiatives of ours to save and conserve our goods (Sun-Mars conjunction in Taurus) will end up making it much more painful for us to accept that we need to share what we own... 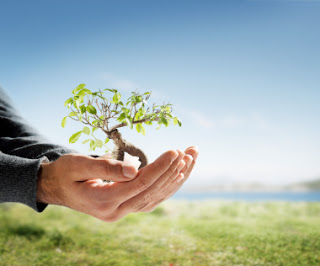 Therefore, the solar eclipse calls for a new beginning in the way we treat accumulation / possessiveness, so that we understand that the accumulation of goods is meaningless when it isn’t intended for sharing with someone else. While trying to understand this we may find ourselves involved in some squabble over financial matters, which will though be rather calm and quiet (Sun-Moon-Mercury-Mars stellium in Taurus). The eclipse will be felt more strongly by the representatives of the second and third decanates of the fixed signs (Taurus, Leo, Scorpio and Aquarius); they will probably need to make a fresh start in economic terms in some key area of their lives (home-marriage-career). The eclipse will be felt equally strongly by those with planets or angles (ascendant / midheaven) close to the 19th degree of the same signs. Enjoy the eclipse!

Posted by Dr. Vangelis Petritsis at 23:10