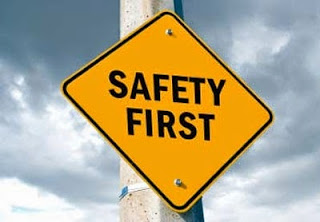 On May 18th 2015 at 4:13am, GMT, there is a New Moon in the realistic, loyal, and sensual sign of Taurus. Hence, an opportunity for another new beginning in our lives, and more specifically in that area of ​​one's natal chart in which the New Moon happens to fall. Due to the nature of the sign the new beginning aims at achieving stability as well as financial and emotional security. Nevertheless, there are some points in the New Moon’s chart which our attention is drawn to.

Firstly, the New Moon is conjunct a fixed star traditionally considered to be one of the most unfavorable. Its name is Algol, which in Arabic means "the head of the Demon". It is said to represent the eyes of Medusa’s head hanging from Perseus’ left hand. It is a binary star whose shine is changeable because every so often the smaller and darker star passes in front of the biggest and brightest star reducing the latter’s shine, as seen from the Earth. 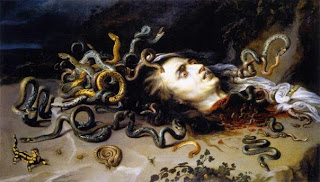 Algol’s connection to the myth of Medusa, the terrifying Gorgon that had snakes instead of hair and whose gaze turned people to stone, clearly led to Algol’s identification with extreme hazard. However, Algol’s modern interpretation as given by Bernadette Brady is one of female passion and intensity that can be used for either good or bad. Therefore, one could say that the current New Moon hands off the baton to the women in our lives, especially those that play a maternal, protective or nursing role (Venus in Cancer disposing of the New Moon), so that their passion can be put to fostering economic and emotional safety pursued by the sign of Taurus.

The danger, or rather the risk, is perhaps associated with the two T-Squares appearing in the New Moon’s chart: one is cardinal (Venus-Pluto opposition squared by Uranus) and the other is mutable (Mars-Saturn opposition squared by Neptune). The risk that arises here may be that there is excessive appetite for action that can push us to set goals in a hurry without taking into account possible obstacles (cardinal T-Square). Such hasty goal-setting may result in us “bending” easily in the face of adversity, thereby not achieving our goals (mutable T-Square). These goals may be related to critical situations that require some financial or emotional initiative (Venus in one T-Square and Mars on Venus’ critical degree in the other T-Square). In the best case scenario, this initiative may show that “sky’s the limit” (Uranus as apex planet) but in the worst case scenario it may lead us to disappointment (Neptune as apex planet). 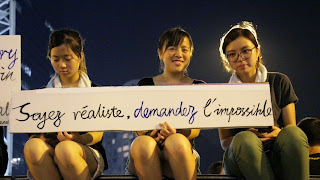 The result probably depends on how realistic we will be, realism being a quality much sought after by the sign of Taurus where the New Moon takes place. After all, Mercury is stationary retrograde and thus invites us to rethink ideas and discussions we’ve had in the first half of May. This means that there will be delays and that we will be given time to rethink our goals so that we can apply them – in a revised version – from June 10th onwards when Mercury turns direct once more. Enjoy the New Moon!
Posted by Dr. Vangelis Petritsis at 19:15