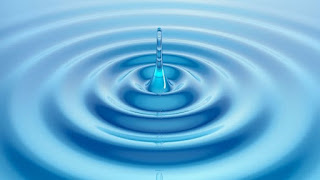 On July 4th 2016 at 11:00am, GMT, there is a New Moon in the emotional, cautious and protective sign of Cancer. Just like it happens with every New Moon, this one too marks the opportunity for a fresh start in that area of one’s horoscope where the New Moon occurs. Due to the sign, this fresh start is related to matters that have to do with feelings, the mother, the family, the nation and the homeland. Actually, both the fact that the New Moon takes place on a critical degree ruled by the Moon (12°53΄) and the fact that the New Moon’s chart has an emphasis in the element of water (with seven planets in water signs) and a complete absence of the element of air show that the issues above give rise to many insecurities. They also show that these insecurities will not necessarily be dealt with through reason and objectivity.

After all, Mercury in Cancer, out-of-bounds, reveals a potentially extreme or at least unconventional way of thinking with respect to the issues above. In any case, the water emphasis seems to promote silence as the preferred means of communication. Furthermore, it is important to realize that Mercury is in superior conjunction with the Sun and that, therefore, communications (or lack thereof) in the days following the New Moon are directly associated with ideas and conversations that took place near May 9th/10th when Mercury was in inferior conjunction with the Sun. Thus, it appears that those ideas and communications are blooming now so that they bear fruit in the next couple of months.

Nevertheless, these fruits may transform us through tension and pain (opposition to Pluto) so that they help us make some dream come true (trine to Neptune) despite the great amount of adjusting that reality will require (quincunx to Saturn). A way out of the tension and pain is provided by Jupiter atop an ambivalence trine where Venus and Pluto oppose each other: the way out is related to expanding our horizons one step at a time (Jupiter in Virgo) and to learning the high importance of thinking realistically (Jupiter conjunct the Moon’s North Node on the degree of Mercury’s pure exaltation).

Finally, Mars is already back in direct motion after two and a half months of retrogradation and slowly provides us with the necessary strength and vitality to fight any insecurities brought to light by this New Moon (water emphasis) and to easily heal any emotional or financial wounds (grand trine between Mars-Chiron-Venus). Patience will be needed until August 22nd when Mars is released from its shadow period before one heals these wounds. May you enjoy this healing New Moon!
Posted by Dr. Vangelis Petritsis at 16:52