Lunar Eclipse Across the Virgo-Pisces Axis: Saviour or Martyr? 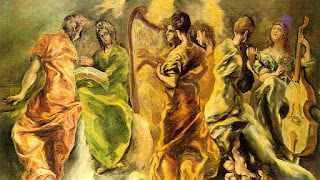 On September 16th 2016 at 19:05, GMT, there is a lunar eclipse across the Virgo-Pisces axis with the Moon in Pisces and the Sun in Virgo. In line with our previous writings, eclipses represent turning points where one experiences some sort of lack or shortage in that area of their horoscope where the eclipse occurs. And because it is often a state of deficiency that pushes into action so that the deficiency can be addressed, eclipses signify the end of an important chapter and the beginning of a new one.

In the case of a lunar eclipse, the lack and the opening/closure of an important chapter are related to what the Moon symbolizes. Among other things the Moon symbolizes our emotions, our family and home life, our daily rhythms and our relationships with children as well as with important women in our lives such as the mother or a spouse/partner. Therefore, deficiencies and important chapters that open or close regarding the above issues and people are among the possible scenarios of the current lunar eclipse. Due to the Moon’s sign, the developments around this eclipse will be fuelled by a basic need for compassion, sensitivity and philanthropy.

During this two-year timeframe the only lunar eclipse that takes place across the same axis is the current one. Thus, this eclipse seems to mark the culmination of issues related to Virgo and Pisces such as work, health, service and charity, so that these same issues can reach their final end in February 2017. Moreover, the presence of Mercury retrograde, the Sun’s dispositor, on almost the same degree where the solar eclipse of last March took place confirms the fact that there are several issues that have been pending at least since March 2016.

It is also interesting to note that the eclipse axis participates in a mutable T-Square where Chiron is involved and where out-of-bounds Mars is atop, while Mercury turns the Saturn-Neptune square into an equally mutable T-Square with Saturn atop. Thus, there seems to be an urgent need for revision of emotional, family and domestic issues that brings a lot of, perhaps pointless, activity, creates wounds, dissolves rules and boundaries and causes unusual friction, fights or accidents as well as burdens and responsibilities. 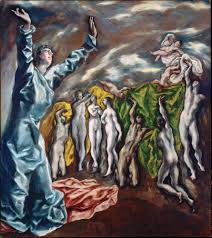 Of course, there’s nothing comfortable about any of the above or about the simultaneous Venus-Uranus opposition that signifies several unexpected twists and tensions in relationships and collaborations. Furthermore, the emphasis in mutability and the complete absence of stability portend a lot of volatility and unpredictability that require a high degree of alertness, flexibility and adaptability. Finally, the lunar North Node conjunct Zosma suggests that the lessons we need to learn will come through adopting the role of either the saviour or the martyr/victim. Although neither role seems particularly desirable, the wide conjunction between Sun and Jupiter in Libra promises much more harmony and balance in the long term. Meanwhile, we hope you make the most of this eclipse!
Posted by Dr. Vangelis Petritsis at 13:44