Solar Eclipse in Virgo: You Can’t Make an Omelet Without Breaking Eggs! 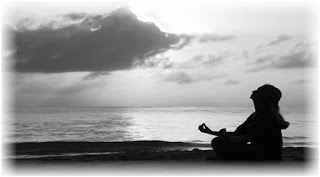 On September 1st 2016 at 9:03am, GMT, there is a solar eclipse in the hard-working, diligent and orderly sign of Virgo. Although people have always dreaded the sight of eclipses, it is important to understand that the eclipses represent turning points. More specifically, they represent points where some lack or shortage is strongly felt in the area of one’s horoscope where the eclipse occurs. And, because it is often a state of lack or shortage that pushes us into action so that the lack can be addressed, eclipses tend to signify the end of a chapter and the beginning of a new one. This applies especially to solar eclipses, given that they are essentially New Moons where the Sun’s light is ‘switched off’. This ‘switching-off’ of one of the two Lights makes for the great importance that the eclipses have – they can hardly go unnoticed, at least in those places where the eclipses are visible.

In the case of a solar eclipse, the shortage and the closure of an important chapter are related to what the astrological Sun symbolizes. Among other things, the Sun represents our identity, our purpose in life and our creativity as well as our relationships with important male figures such as the father, the husband/partner or boss. A shortage or closure/opening of an important chapter concerning the issues and people above are thus among the possible scenarios of this solar eclipse. Due to the sign where it occurs, there will be a particularly strong need to control, effectively manage or predict how this chapter opens or closes. It also goes without saying that Virgo themes, such as work, health, systematic analysis and attention to detail, will be greatly emphasized in the days before and after the eclipse. For example, an old chapter in one’s work or health may now close for a new one to begin. 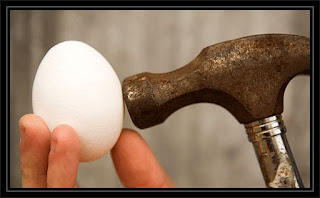 Furthermore, it is important to mention that Mercury, this eclipse’s dispositor, has already gone retrograde while being conjunct Venus and Jupiter. Thus, there seems to be a promise for something better and prettier that won’t materialize though until after some old chapter closes first. The delay is related to issues that have been pending since around August 10th when Mercury entered its shadow phase. These issues won’t probably be resolved until after September 23rd when Mercury goes direct or, at the latest, until after October 6th when Mercury returns to the same degree it occupies now.

It is also important to mention that the Lights in the current eclipse form planetary patterns with several planets. Firstly, they form a mutable T-Square with Mars-Saturn-Neptune. This could be interpreted as a lot of unnecessary mobility (mutable T-Square) produced by the need to escape from routines, schedules and work (Lights opposing Neptune across the Virgo-Pisces axis) so that one can aim their actions towards new goals (Mars-Saturn in Sagittarius being atop the T-Square).

Indeed, the need for renewal that may go as far as being considered subversive is highlighted by out-of-bounds Mars and by Uranus atop another planetary pattern. That pattern is known as ‘The Finger of the World’ and it involves a square aspect between Saturn and the Lights who simultaneously form sesquisquare aspects to Uranus. This formulation emphasizes that the journey is more important than the destination. In this case, the journey has to do with opening a major new chapter aimed at renewal and freedom (Uranus atop the pattern) that can only be achieved through many difficulties, obstacles and cuts (Lights square Saturn). Who said though that one can make an omelet without breaking eggs? Anyhow, we hope you enjoy the solar eclipse!
Posted by Dr. Vangelis Petritsis at 14:54