Full Moon in Virgo: The Aftermath of the Solar Eclipse! 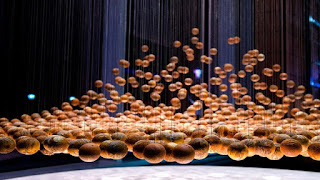 On March 12th 2017 at 14:53, GMT, there is a Full Moon in the orderly, realistic and methodical sign of Virgo. Since this is a Full Moon, the Sun is in the opposite sign, that of Pisces, and calls for us to strike the right balance between order (Virgo) and disorder (Pisces); realism (Virgo) and fantasy (Pisces); systemization (Virgo) and chaos (Pisces). Of course, with four planets (Sun, Mercury, Chiron and Neptune) and the Moon’s South Node in Pisces it is clear enough which way the balance goes! Additionally, the current Full Moon follows the 26th February solar eclipse that occurred in Pisces, that is, the eclipse that ended a two-year cycle of eclipses across the Virgo-Pisces axis. This means that any chapter that may have closed around February 26th has left a number of outstanding issues that cause stress and that need to be settled, given the fact that Saturn is atop a T-Square where the Full Moon axis is involved.

If one takes into account the fact that Saturn is already on the degree where he will soon turn retrograde, it becomes clear that any unfinished business pending since the eclipse entails burdens and responsibilities that will keep us on our toes until late August when Saturn turns direct. Furthermore, Mercury is at Venus’ pure exaltation conjunct Chiron and exactly squaring Saturn while Venus is unaspected and retrograde. Therefore, any unfinished business hurts and weighs heavy on our mind because of financial shortages or dead ends in relationships and partnerships. More specifically, Venus turned retrograde on March 4th on a critical degree, which means that any issues pending since the eclipse involve insecurity or crises due to revision of values, partnerships, relationships and finances. And Venus’ mutual reception with Mars in Taurus almost inevitably incurs revision of past decisions regarding our material and emotional security.

The reason for the revisions has to do with disappointment or a will to resign that may lead, however, to renewed activities and initiatives. This is indicated by the combined overview of the midpoints triggered by Venus and Mars (Venus = Moon/Mars = Sun/Mars and Mars = Sun/Neptune = Moon/Neptune). Finally, the hard activation of the Full Moon axis by Jupiter on Saturn’s pure exaltation opposing Uranus causes multiple frictions, disturbances and irritations. The difficulty lies in striking the right balance between freedom (Uranus) and religious adherence to rules (Jupiter on Saturn’s pure exaltation) while trying to put order in chaos (Full Moon in Virgo). However that may be, make sure you enjoy the Full Moon!
Posted by Dr. Vangelis Petritsis at 13:07