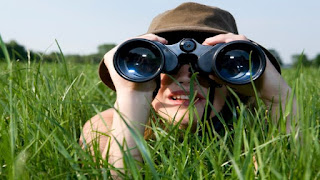 On March 28th 2017 at 2:57am, GMT, there is a New Moon in the enthusiastic, pioneering and impulsive sign of Aries. Similarly to any New Moon, this one too calls for us to make a brand new start, all the more so if one takes into account the fact that the New Moon occurs in the very first sign of the zodiac immediately after a Sun-Venus inferior conjunction. Therefore, this New Moon plants a seed that opens a new cycle that lasts for at least 19 months. The culmination of this cycle comes on January 9th 2018 after which point in time one begins to reap the fruits of the new relationships, collaborations and financial agreements starting now.

Additionally, the Venus-Mars mutual reception with Mars being in Taurus seems to aspire to even greater durability and longevity. Besides, the Sun-Venus superior conjunction takes place in Capricorn and is disposed by Saturn in the early degrees of the same sign, which means that longevity is a major objective. This is so as long as one is willing to allow this new relationship, collaboration or financial agreement to radically change their life, as evidenced by Pluto being involved in the Sun-Venus superior conjunction.

Indeed, at this New Moon Pluto is atop a T-Square where Jupiter is involved along with Mercury and Uranus. It seems, then that the new cycle starting now entails a great need for action that leads to long-term and radical change of one’s ideology and worldview. However, this same configuration produces a lot of mental tension as well as the temptation to go after one’s luck by use of fraudulent means. Finally, this new cycle is very much about group actions and initiatives aiming at treating wounds and improving wrongs, as evidenced by the Lights activating the Jupiter/Chiron, Pluto/Chiron and Mars/North Node midpoints. In any case, we wish you enjoy the New Moon!
Posted by Dr. Vangelis Petritsis at 21:58