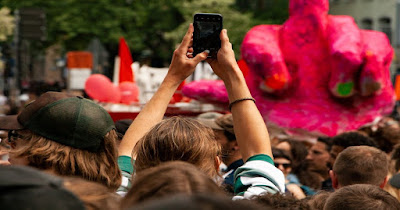 On January 28, 2021, at 7:16 pm GMT, there is a Full Moon taking place across the Leo-Aquarius axis, the axis of individual advancement and group participation. It follows the New Moon of January 13, which we described as the 'Mother of All Battles'. The New Moon called for many to go through a major transformation in order to get rid of anything rotten or useless, which would lead to a unique feeling of liberation. Therefore, the present Full Moon culminates this major transformation, creating, however, stressful or explosive situations! More specifically, the fixed T-Square that the Full Moon axis forms with Mars-Uranus atop reveals great pressure to complete plans and to ensure one’s material, or even physical, security. This pressure may then be released in very dramatic and sudden ways.

In its most positive version, this Full Moon is able to function quite therapeutically, despite or thanks to the stressful situations caused, given the ambivalence triangle the Full Moon axis forms with Chiron atop. In addition, the need for individual advancement is strongly emphasized during this Full Moon and can be significantly supported by friends and groups of people, as long as one is willing to take subversive initiatives and make radical changes despite any resistance or obstacles. In its most negative version, however, this Full Moon can lead to great upheaval and turmoil where two rival parties or two opposing camps fight each other without the prospect of either retreating.

Finally, let us not forget that Mercury is about to go retrograde. This marks a twenty-day period of introversion and delays in communication and travels where there is an urgent need to review long-standing group or collective issues that may have created ‘gaps’ or ‘holes’ in relationships and ‘pockets’. These issues will need to be addressed in smart and resourceful ways (Mercury in semi-sextiles with Venus-Pluto). Although Mercury will turn direct on February 21, he will not return to his current position until after March 12. Therefore, it will take some patience in order for issues that arise around this Full Moon to be settled.

Posted by Dr. Vangelis Petritsis at 18:29