New Moon in Capricorn: The Mother of All Battles! 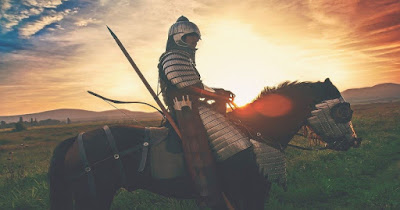 On January 13, 2021, at 5am, GMT, there is a New Moon taking place in the earthy, conservative and methodical sign of Capricorn. It is the first New Moon of the year as well as the first that occurs after the eclipse period of November-December 2020. Due to the sign’s nature, new beginnings are favored now that have to do with organizational skills, method and demonstration of professionalism but also with more restrictions. After all, the only aspect received by the Lights is a very tight conjunction with Pluto, at almost the same degree where the Saturn-Pluto conjunction took place last year along with the lunar eclipse of January 10, 2020. Read more here about the lack of structure and security signaled by that eclipse.

Thus, more than a new beginning, the present New Moon leads us to delve into the past and the deep recesses of our soul to face our insecurities and confront what we consider a threat. In-depth introspections aimed at getting rid of useless automatic behaviors or unhealthy habits of the past are now considered necessary and urgent. Externally this may mean that we need, very literally, to deal with the house basement or closets and get rid of anything that no longer serves as nothing but a distant memory of the past.

We are, therefore, called to reconsider, organize and examine with sincerity and courage what is now rotten or useless so that we can remove it from our lives without much sentimentality. The almost simultaneous return of Uranus to direct motion reveals that the confrontation with the depths of our existence and the hidden and sunless basements will give us a unique feeling of liberation and redemption. The deeper one goes, the higher they can get…The road will not be paved with rose petals but there will be a great will to overcome obstacles so that the process of plutonian metamorphosis is complete (fixed squares between planets in Aquarius and those in Taurus).

After all, in the New Moon horoscope there is a planetary pattern that Joyce Hopewell calls 'shield' (Venus-Uranus trine and Jupiter-Chiron sextile connected by squares and semi-sextiles). There is, therefore, an important battle we need to wage to defend or protect ourselves by valuing freedom and discovering new ways of healing despite any obstacles or any ignorance as to how we can make it…

Posted by Dr. Vangelis Petritsis at 16:19