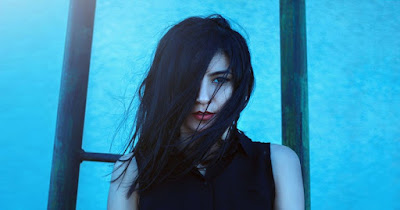 On November 4, 2021, at 9:14pm, GMT, there is a New Moon taking place in the combative, uncompromising and resilient sign of Scorpio. This New Moon is of particular importance because it officially opens the eclipse season, given that the upcoming full moon will be a lunar eclipse. Therefore, this New Moon symbolizes a new beginning that prepares us for closing or opening an important chapter in our lives, depending on the area of one’s horoscope where both the New Moon and the impending eclipse happen to fall. More specifically, the partile opposition between the Lights and Uranus disturbs the ‘stagnant waters’ of the area of ​​our life where it falls, causing some kind of crisis or upheaval. A similar message derives from the anaeretic positions of both Mercury and Venus, which emphasize the feeling of finality this New Moon entails.

In fact, the dominant position of Uranus renders almost any prediction impossible. Thus, an expected happy conclusion can quite unexpectedly turn bad and the other way around, where an expectedly difficult or disagreeable ending has eventually a happy outcome! It would be good, then, to let oneself flow with the unpredictable, sudden and, simultaneously, liberating touch of Uranus: this might be a good reminder that the final planning of our lives is not in our hands but in those of God and the universe.

To the extent that one cannot relinquish control and adapt to the new rules of the ‘game’, they are more likely to experience great insecurity in their attempt to manage any crisis or upheaval that the New Moon brings (Mars at the Moon’s pure fall in square with Saturn in Aquarius). So, would it be wiser to see the potential of this New Moon for upheaval through the prism of the opportunity for transformation and profound change that allows for more optimism in the future? (Uranus = Mars/Jupiter) The wide but applying trine of the Lights with Neptune supports this view of things, gradually reinforcing the necessary belief that every cloud not only has a silver lining, but is also a gate to diversity and originality (Neptune = Mercury/Uranus = Mars/Saturn). How big a hug, then, will you be willing to give to this challenging New Moon?

Posted by Dr. Vangelis Petritsis at 14:36