New Moon in Taurus: Financial Security is a Bit Late! 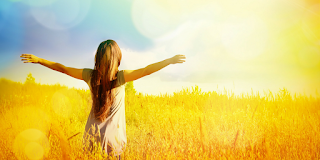 On April 26th 2017 at 12:16pm, GMT, there is a New Moon in the earthy, fixed and practical sign of Taurus. Similarly to any New Moon, this one too marks a new beginning in that area of one’s horoscope where it happens to take place. Due to the sign, this new beginning is clearly related to financial issues and aims at achieving material security and stability. However, the fact that the New Moon is unaspected is not very encouraging. Therefore, it seems that a seed is planted now in a soil that is not yet ready to bear the fruits of material security and stability.

Besides, Venus, this New Moon’s sponsor, remains in aspects of conjunction with Chiron and square with Saturn, which signals economic constraints and disappointments. These aspects are separating, though, which shows that any financial distress or emotional disappointment belongs to the past. Actually, there is a straightforward reference to the days near February 2 and April 4, 2017, when Venus - in direct and retrograde motion, respectively - occupied the same degree it occupies now. And that degree is not at all accidental: it is the anaeretic degree of Pisces, the very last degree of the zodiac. So, it seems that some financial chapter or a chapter that concerns relationships, collaborations or alliances needs to close for good before this new chapter that portends more material security and stability opens up.

This new chapter, of course, is not exactly new, given the simultaneous presence of Mercury retrograde. It rather involves the revision of ideas and agreements in existing relationships, collaborations and alliances that lead these relationships, etc, to a whole new level. In fact, Mercury’s trine to Saturn and its conjunction to Uranus speak of opening up long-term horizons that easily combine the old with the new. After all, the activation of the Sun/Jupiter and Moon/Jupiter midpoints by Mercury – with an orb of only three minutes of arc – is indicative of the greater optimism that surrounds this New Moon despite the delays. These seem to hold at least until May 10, 2017, when Mercury in direct motion will occupy the same degree it occupies now, although one will probably have to wait until May 20th when both Mercury and Venus are released from the shadow period of their retrogradation.

Additionally, at this New Moon, Mars is virtually unaspected, which entails actions that may not lead anywhere. More specifically, the only aspect Mars forms with another planet, that of a sesquisquare with Pluto, implies that at present actions and initiatives stumble on the need for radical change, which is though a minor obstacle. Furthermore, Mars is in square aspect to the Lunar Nodes axis and thus produces a good deal of stress and mobility, especially in groups and collectivities. On a positive note, the North Node’s conjunction with the fixed star of Regulus, one of the four royal stars, promises success if revenge is avoided.

Finally, Neptune, also unaspected, speaks of great ideals that still remain largely in the realm of imagination. After all, the fact that Neptune activates the Sun/Pluto and Moon/Pluto midpoints is once more revealing of how radical changes will have to be carried through before one gets to enjoy the new chapter of stability and material security promised by this New Moon. In any case, we wish you enjoy this New Moon!
Posted by Dr. Vangelis Petritsis at 10:47