New Moon in Cancer: Faith as Both Perpetrator and Victim... 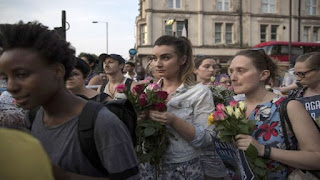 On June 24, 2017, at 2:30am, GMT, there is a New Moon in the emotional, protective and caring sign of Cancer. Of course, similarly to any New Moon, this one too urges us to make a new beginning in that area of one’s horoscope where it happens to take place. Due to the sign, this new beginning is related to emotional, family and national issues so that one may start to understand where they actually belong or don’t belong.

In fact, with Mercury and Mars being in the same sign in a stellium with the Lights and outside the boundaries of the ecliptic, it seems that this New Moon in Cancer encompasses the need to defend via one’s thoughts and words their family, their group of loved ones or whatever and whomever they consider as ‘home’ no matter how extreme, strange or eccentric that may appear to others. Additionally, the Mars-Jupiter square at critical degrees ruled by the Moon turns into a T-Square with Pluto’s involvement. This formation deepens the extremity of actions aimed at defending the concepts of ‘home’ and ‘family’ so that the balance that Jupiter in Libra seeks is achieved.

It is also interesting to note that the New Moon takes place only seven days before and after the respective retrogradation of Chiron and Neptune. Therefore, issues of victimization, belief and religion come out strongly under this New Moon. And with the Lights activating the Mercury/Chiron midpoint while Mercury activates the Mars/Chiron midpoint, it is not difficult to imagine how under this New Moon words (Mercury) can be used as a weapon (Mars) that wounds (Chiron). However, given that the Lights are in a separating square with Chiron, the wound may have been caused already.

We cannot fail to mention here the recent news of the driver who used his van (Mercury) as a weapon (Mars) to victimize (Chiron) worshippers (Neptune) outside a mosque in London as a form of retaliation (Jupiter in Libra) for the terrorist actions (Pluto) that Muslims have undertook in the same city. Although, of course, these same planetary influences can materialize in several ways, it would be a good idea to avoid overreacting as much as possible these days, for it will be very easy for everyone to go to extremes…
Posted by Dr. Vangelis Petritsis at 21:30