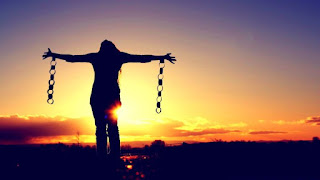 On August 21st 2017 at 6.30pm, GMT, there is a solar eclipse taking place in the sign of Leo. A solar eclipse is simultaneously a New Moon, so the dynamics of a new beginning are always there, except that the Sun’s light is “turned off”. This feature makes for the fact that an eclipse can never go unnoticed, hence the added importance that this new beginning or this new chapter may have in our lives. Additionally, a sense of lack or shortage is often experienced around the time of an eclipse in that area of one’s horoscope where the eclipse happens to fall. Given that this is a solar eclipse, both the chapter that may open or close now and the sense of lack that one may experience are related to solar issues. These can be one’s identity and purpose in life as well as one’s relationship with important male figures such as the father, the spouse/partner or the boss.

Due to the sign’s nature, the sense of lack and the chapter that may now be opening or closing are also related to issues of entertainment, creativity and self-promotion. In fact, the sense of lack and ending is most accentuated at this eclipse, because it takes place at the very final degree of Leo. More specifically, and in combination with the partile but separating trine that the Lights form with Uranus, the present eclipse seems to put paid to a somewhat unlimited sense of creative freedom that may have existed in the recent past.

Besides, Mercury retrograde reminds us that there are outstanding work issues that need to be settled – and they will have been settled by September 17th 2017 at the latest, when Mercury direct returns to the same degree it occupies now. It is worth noting that these outstanding issues are able to suddenly change one’s mentality in deeply radical ways, in line with the direct activation of the Uranus-Pluto midpoint by Mercury. Furthermore, Saturn, who is about to go direct, increases the sense of outstanding burdens, duties and obligations. Nevertheless, the green light is shown to structural and professional matters that had been thwarted since early April when Saturn turned retrograde. In addition, the minor grand trine between Mars and Saturn with Jupiter atop brings opportunities for professional activities that allow for a certain degree of enjoyment and freedom.

Finally, Venus in respective square and trine aspects to Uranus and Chiron, with the latter being at the degree of Venus’ pure exaltation, translates into feelings of inferiority and disadvantage in terms of beauty, relationships and finances due to sudden and unforeseeable events. On a positive note, however, the simultaneous activation of the Moon/Saturn, Sun/Saturn and Jupiter/Uranus midpoints by Venus seems in time to render this eclipse capable of opening up wholly new avenues of being that no-one would have ever thought possible before. In any case, we wish you enjoy the solar eclipse!
Posted by Dr. Vangelis Petritsis at 14:52