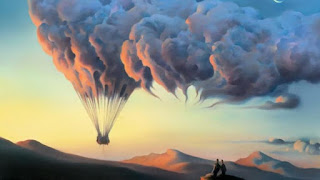 On February 15th 2018 at 9:05pm, GMT, there is a solar eclipse taking place in the collective, revolutionary and unconventional sign of Aquarius. This is the second eclipse of the year following as it does the 31st January lunar eclipse. Although eclipses have a bad reputation, it is important to understand that these constitute the culmination of processes that were prepared long ago, often up to six months earlier. Given that during an eclipse one of the two Lights (Sun/Moon) is ‘turned off’, eclipses signify the end of an important chapter in one’s life and the beginning of a new one.

This is all the more true of solar eclipses since such an eclipse is simultaneously a New Moon. Therefore, the new beginning comes as a given. More specifically, the new beginning marked by a solar eclipse refers to solar issues such as one’s purpose in life and creativity, as well as one’s relationships with important men such as father, partner or boss. Additionally, due to the fact that an eclipse may be perceived as a kind of shortage, there may be a sense of lack surrounding the issues and relationships mentioned above, which then prompts one into action.

Presently, with the Lights being in Aquarius, the eclipse seems to mark the opening or closure of important chapters related to friends, groups and collectivities. Furthermore, one’s need for unconventionality and freedom that may be evident around this eclipse may result in unexpected developments and separations. In fact, the simultaneous conjunction of Mercury with the Lights emphasizes chapters that may be now opening or closing regarding learning, communication, travel and negotiations by making direct reference to mid-December 2017 when the inferior Sun-Mercury conjunction was taking place. For example, it may be that processes that began last December now culminate and have to do with the need to learn something innovative, travel to an unusual destination or lead negotiations that concern groups of people.

With the eclipse’s modern dispositor, Uranus, being at a critical degree ruled by Mars and directly and closely activating the Saturn/North Node midpoint, it seems that the need for personal freedom and unconventionality becomes a crucial issue that ‘seals’ one’s relationship with smaller or larger groups of people as well as one’s spiritual development. Additionally, with Pluto closely activating the Sun/Neptune and Moon/Neptune midpoints, collective ideals and visions are bound to be transformed despite – or perhaps due to – objective difficulties that arise in interpersonal relationships and economic transactions as well as in terms of values, worldviews and development processes (Venus-Pluto and Jupiter-Saturn semi-squares). Finally, the Mars-Neptune square may cause anxiety due to unclear goals or weakened vitality, but the sign of Mars (Sagittarius) allows for optimism. May you enjoy the solar eclipse!
Posted by Dr. Vangelis Petritsis at 17:13