In the first post of my blog I would like to discuss the nature of astrological psychology. In doing so, I will focus my discussion on what the exact nature of astrology is and on how astrology can provide much needed insights to psychology. Understanding and defining astrology, however, does not seem to be an easy thing to do. For instance, one might be quick to classify it as a system of divination, along with tarot-reading, palm-reading and coffee-reading; after all, it is common knowledge that more often than not people consult astrologers in order to hear predictions about their future. Nevertheless, one starts to wonder whether divination is all there is to astrology or whether divination should even count as one of the functions of astrology in the first place. In doubting whether astrologers should make predictions or not, I follow James Hillman’s contention that astrology is “a divine art, but not the art of divination” and I examine other possible definitions of astrology by comparing it first to science and then to mythology, philosophy, religion, and, finally, psychology.

First of all, it would be useful to examine the possibility that astrology is a science. Science is generally seen as the systematic pursuit of knowledge in a specific field of human experience; the two most basic means of this pursuit are observation and experiment. With regard to the experimental method of isolating and manipulating a factor assumed to cause a specific phenomenon while controlling for other factors that might also affect the phenomenon under study, it is true that astrology does not make use of such a method. What about the method of observation however? Astrology is undoubtedly based on millennia of systematic observations that focus on the relationship between celestial patterns of activity and life on Earth, which begs the following question: why should this set of observations be discounted as invalid for lack of experimental substantiation, when one of the most influential biological theories, that is, Darwin’s theory of evolution, was solely based on observation when it was first postulated?
Of course, the answer lies in the fact that ever since Darwin’s time there have been plenty of findings (e.g., fossils and DNA research) that concur with his theory. Therefore, Darwin’s theory passed the test of ‘falsifiability’, Karl Popper’s most important criterion of whether a certain theory is scientific or not. A theory is thus deemed scientific when it is possible for someone to collect empirical evidence that can disconfirm it. For example, supporting that God exists is essentially unfalsifiable, because there can be no conceivable empirical evidence that can disprove his existence. Similarly, stating that celestial patterns of activity have some causal or other relationship to what happens here on Earth is equally unfalsifiable, because, unless someone finds an empirical way to preclude any such relationship, there can be no conceivable evidence that can disprove this statement.

Nevertheless, before jumping to the conclusion that astrology cannot be regarded as science for lack of falsifiability, one should not forget that there are equally unfalsifiable theories that have been postulated by most eminent and erudite scientists. For instance, Stephen W. Hawking’s ‘Black Hole’ theory is essentially unfalsifiable, because black holes are practically undetectable, so there can be no conceivable evidence that could falsify Hawking’s theory. There are, of course, indirect observations and evidence that seem to lend support to this theory, but there can be no direct observations from the Earth’s viewpoint, which leaves room for doubt as to whether the ‘Black Hole’ theory is correct. Given, therefore, that there exist scientific theories that are either unfalsifiable or observation-based, at least at the time of postulation (e.g., Darwin’s evolutionary theory), it seems reasonable to accept astrology as a science.
Hard as it may be for some people to happily subscribe to my view of astrology as a science, there is in fact another issue that science has to deal with before it embraces astrology: the co-existence of conflicting theories. Specifically, the fact that in any type of science there can be found many different theories that are sometimes incompatible with each other further undermines Popper’s falsifiability criterion. The reason is that empirical evidence in favour of one theory directly contradicts and thus disproves the principles of the conflicting theory and vice versa. Therefore, if two perfectly falsifiable scientific theories can be empirically shown to cancel each other out, on what grounds could then scientists prefer one theory over the other? 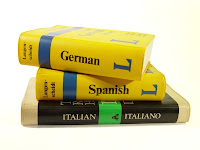 Such reasoning led the Austrian philosopher of science, Paul Feyerabend, to contend that, just as there is no language that can be regarded as superior to other languages, science cannot either be regarded as the best ‘language’ humans use to make sense of the world, other such languages being mythology, philosophy and religion. This statement has far-reaching implications with regard to the high status that scientists seem to enjoy in Western societies, but this discussion is out of the scope of the first post of my blog. Closer to the purposes of this post is the consideration of astrology as one additional language that humans use in order to make sense of and explain their world and their place in it. Nevertheless, one could argue that astrology borrows elements from the languages that are alternative to science and that were referred to above, although it cannot be equated to any of these languages.
Firstly, mythology is intrinsically woven into astrology’s fabric, given that the planets bear the names of ancient Greek gods and goddesses and have thus come to symbolise in astrology the psychological motives and personality characteristics attributed to these mythological gods. Secondly, astrology has a strong philosophical background. From Anaximenes’ maxim ‘as above, so below’ to Empedocles’ theory about the universe being composed of four elements and to Pythagoras’ idea about number and numerical relationships being the basis of the universe, as well as from Plato’s world of Ideas to the Stoics’ encouragement to live in accordance with nature and the all-penetrating universal consciousness, astrology abounds with philosophical references. Thirdly, although astrologers and exponents of astrology are not necessarily expected to believe in the ancient gods, or in any other god for that matter, to a certain extent they all seem to believe and have faith in astrology: they trust that it works, even though they do not know how it works exactly. Taking into account that faith has strong religious connotations, one can then see how astrology may also be related to religion. Additionally, people who consult astrologers are primarily in search of relief and hope for the future, relief and hope being among the needs that religion serves as well. 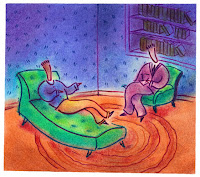 Is it not, however, true that these are the exact needs that psychologists are set to fulfill too? And is it not equally true that both modern astrologers, such as Dane Rudhyar, and psychologists claim to be able to help others look deeper into their psyche in order to get to know themselves better and to live a more conscious life? Seen from this viewpoint, both psychologists and astrologers serve similar purposes and make similar claims. In fact, there is one further similarity between them. There are studies to show that it is the psychologist’s faith in his/her scientific approach (e.g., cognitive behaviourism, client-centred approach, psychoanalysis, etc.), rather than the kind of approach per se, that is primarily responsible for a client’s betterment or recovery. Therefore, it seems that faith in one’s approach, be it astrological or psychological, is an intrinsic part of the process that helps the client reach self-knowledge and thus live more consciously. In my opinion, this is the greatest contribution of astrology, regardless of whether it can be considered as a science or whether it borrows elements from mythology, philosophy and religion. 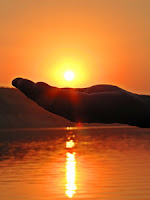 To conclude, through the use of a complicated system of archetypal symbols, as Carl Jung would put it, astrology provides the most comprehensive theory of personality ever postulated and is thus able to speak to many levels of human experience, from purely physical and biological, to more psychological, interpersonal, social and even transcendental.  Astrology thus becomes a valuable tool for gaining self-knowledge or, according to Hillman, an empirical art that affords efficacious and striking revelations about one’s personality. Once a person is conscious of their astrological make-up, they can start to make sense of why they experience specific recurring patterns in their relationships and other areas of life. This process can then help them lead a more conscious life, which is set to facilitate their change from within and thus their breaking away from unhealthy patterns of behaviour. This view, in combination with the fact that more and more research into quantum physics reveals that our world is at any given moment a sum of possibilities, explains why I think there is nothing fatalistic about astrology; hence my preference for not making specific predictions about the future, in line with Hillman’s view of astrology as a divine art, rather than as an art of divination. Therefore, I find that astrology has the capacity to provide psychology with an objective tool to delve into a client's personality and I also find it has the capacity to reconnect us to our inner self and divine source and thus to realign our consciousness to universal consciousness.
Posted by Dr. Vangelis Petritsis at 23:48