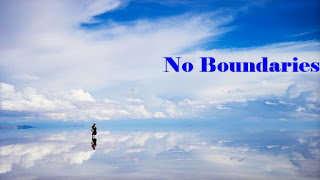 On March 17th 2018 at 1:11pm, GMT, there is a New Moon taking place in the romantic and dreamy sign of Pisces. Just like it happens with every New Moon, this one too calls for us to make a new beginning in that area of one’s horoscope where it happens to fall. Due to the sign’s nature, this new beginning is related to dreams and ideals for the future as well as to the need for escape from everyday life. Moreover, the New Moon takes place on the degree of Venus’ pure exaltation, which deifies the need for cooperation and diplomacy. However, this needs is plagued by wounds and feelings of inferiority due to the simultaneous need for unconventional and revolutionary action, as revealed by the New Moon’s respective conjunction with Chiron and out-of-bounds Mars.

More specifically, Mars in Sagittarius has just gone out of bounds, that is, he has just moved beyond the boundaries of the ecliptic, the Sun’s apparent orbit. This implies actions, initiatives and expression of anger and desires that are unconventional, revolutionary and even extreme, at least until the 8th of April 2018 when Mars returns within bounds. Until then, freedom, particularly professionally speaking, becomes the goal due to Mars entering Capricorn soon after the New Moon. Although this signifies some boundaries in one’s expression of freedom, it has to be said that Mars’ out-of-bounds quality sets an action paradigm that is highly irregular, if not illegal.

Indeed, in view of the end-of-month Full Moon, which we will analyze closer to the date, it seems that this action paradigm undermines partnerships and emotional ties that may be irreversibly broken. Meanwhile, Mercury in Aries in conjunction with Venus has already entered his shadow period in preparation of his retrogradation. This entails irrevocable and decisive revisions in relationships and financial agreements (Mercury activating the Saturn-Pluto midpoint). On a positive note, this new beginning allows for some degree of generosity and optimism in line with the trine that Jupiter, the New Moon’s traditional dispositor, forms with the New Moon. In any case, we wish you enjoy this New Moon!
Posted by Dr. Vangelis Petritsis at 13:06