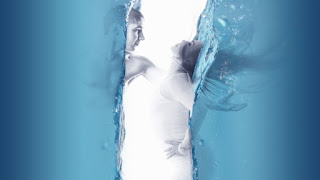 On October 9 2018, at 3:46am, GMT, there is a New Moon taking place in the harmonious, diplomatic and peaceful sign of Libra. Similarly to any New Moon, this one too symbolizes a new beginning in that part of one’s horoscope where it happens to take place. Due to the nature of the sign, this new beginning is clearly related to issues of partnerships, relationships and marriages, as well as issues of harmony, diplomacy and compromise. Moreover, this new beginning makes a direct reference to Pluto's recent return to direct motion (1 October 2018), because not only the New Moon forms a square with him but also at the time Mercury was at the same degree where the New Moon is now taking place.

Thus, radical changes that may have been thwarted for the past five months are now being put into practice, even though this means that one may need to radically change the way they used to think about their partnerships and relationships or even their marriage. In fact, the Mercury-Uranus opposition emphasizes the sudden change of thought and mindset and shakes the standing waters by potentially bringing break-ups in partnerships and relationships (Mercury-Uranus square the Lunar Nodes).

After all, the New Moon’s dispositor, Venus, has already turned retrograde in the sign of Scorpio and it will remain so until mid-November. This marks a period of profound revision in values, relationships, partnerships and economic dealings, which will be completed in December 2018 when Venus is released from her shadow period. Although the square she forms with Mars in Aquarius involves some ideological disputes or conflicts regarding the above, the new trajectory that partnerships and relationships are about to enter ultimately allows them to reach their ideals (Venus trine Neptune). In any case, we wish you enjoy this transformative New Moon!
Posted by Dr. Vangelis Petritsis at 16:36