Full Moon Across Cancer-Capricorn: The Last One Prior to the Eclipses! 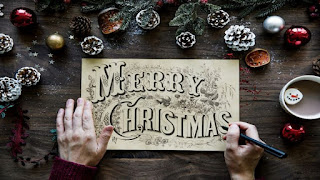 On December 22nd 2018, at 5:48pm, GMT, there is a Full Moon taking place across the Cancer-Capricorn axis, the axis of structure, security and hierarchy. It is the last Full Moon of the year and the last one before the upcoming pair of eclipses in January. It is also the first in many months to take place with only one retrograde planet (Uranus). Furthermore, it follows the Sun’s ingress in Capricorn (Winter Solstice), which is said to set the tendencies for the next three months if not for the whole next year.

Therefore, one may realize that the present Full Moon is of particular importance because it allows us to feel that a series of actions that have been pending in the past months are being settled and completed now. This is accentuated by the fact that the Moon is in its home sign, thus joining three heavier planets (Jupiter, Saturn and Neptune) on the list of dignified planets. Moreover, the arrangement and completion mentioned above prepares us for the opening/closure of major chapters marked by the January eclipses.

The Full Moon also allows us to set goals for achievement within the next three months. Matters of material and emotional security, as well as domestic and occupational matters, will be of great concern and they will require a sort of balance. After all, the criticality of the degrees where the Lights currently are reveals the importance of the matters above and the resulting uncertainty in a generally fluid environment (lack of fixity). Indeed, Neptune forms the highest number of aspects under this Full Moon, so uncertainty is probably great, along though with faith and hope for the future. Further relief will be provided by original and intelligent solutions, in line with Uranus atop an ambivalence trine where the Full Moon axis is involved.

Finally, Mercury-Jupiter conjunct the royal fixed star of Antares promise great success and optimism, as long as the need for success does not become an obsession. We wish you enjoy the Full moon and that you have a Merry Christmas and a Happy New Year!!
Posted by Dr. Vangelis Petritsis at 17:59