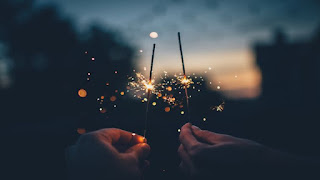 On February 4 2019, at 9:03 pm GMT, there is a New Moon taking place in the subversive and liberal sign of Aquarius. It is the first New Moon to follow the pair of eclipses that we experienced during January and it comes to consolidate the closure or the opening of important chapters signaled by the eclipses. Due to the nature of the sign, consolidation relates to the need for freedom, pioneering spirit and collective coexistence and solidarity. In fact, the conjunction of the Lights with Mercury renders this New Moon highly communicative, extroverted and at the same time nervous and stressful. Combined with the fact that it is a superior Sun-Mercury conjunction, the reason for the stress has to do with the culmination of major discussions and ideas that began around the end of November 2018 during the inferior Sun-Mercury conjunction.

Over the next 45 days, until the next inferior conjunction, these discussions and ideas will bear more fruit. However, the form these ideas and discussions are taking is neither ideal nor expected (Lights in semi-sextiles with Saturn and Neptune at the pure fall of Jupiter and Mercury respectively). Issues of boundaries and high standards in relationships, as well as economic or material constraints, are among the objective reasons that currently do not allow the attainment of one’s ideals (Venus in Capricorn in semi-square with the Lights).

Opportunities, though, for both optimism (sextile of the Lights with Jupiter) and the realization of some ideals and dreams are provided as long as there is economic planning and value-giving in discipline and temperance (Venus = Jupiter / Saturn = Saturn / Neptune). Finally, the presence of the Lunar Nodes axis across critical degrees ruled by Mars, with Mars in applying conjunction to Uranus, reveals that claiming more freedom and autonomy within relationships and groups of people creates insecurity. Nevertheless, this claim is necessary despite the potential "fireworks" of Mars-Uranus. In any case, we wish you enjoy the New Moon!
Posted by Dr. Vangelis Petritsis at 15:22