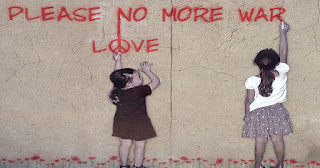 On October 13 2019 at 9:07pm, GMT, there is a Full Moon taking place across Aries-Libra, the axis of Me and Us, the axis of peace and war. Like every Full Moon, this one too marks the culmination of processes that began two weeks ago at the New Moon and calls for us to strike the right balance between two opposing forces. Presently, with the Moon in Aries and the Sun in Libra one needs to balance out their own individual needs against those of a partner or a significant other. After all, I had written about the previous New Moon as it being a "crash test" in relationships and partnerships – this crash test is now fully revealed.

The test has to do with plutonian issues, such as capital, loans, taxes and inheritance, given that Pluto squares the Full Moon axis thus creating a cardinal T-Square. Simply put, there is a great deal of mobility and a need for action to put in absolute order (Sun at Saturn’s pure exaltation) the above issues despite the basic need of many to do their own thing without any regard for the consequences (Moon at Saturn’s pure fall).

Indeed, Pluto's extremely close and direct activation of the Mars-Uranus midpoint shows subversive movements, explosive actions and strange initiatives aimed at tackling the climate of coercion, crisis, threat and radical change that Pluto portends. After all, the irritating (semi-sextile and quincunx) aspects with which Mars activates the Venus-Uranus opposition reveal the adjustments needed to cope with recent unexpected or sudden financial developments.

A safety valve for the above tensions could be the journey, both literally and metaphorically, or simply seeing things far more lightly (Jupiter in Sagittarius atop an ambivalence trine with the Full Moon axis). This is supported by the minor grand trine between Mercury, Saturn and Neptune which allows the mind to escape without losing contact with reality.

Finally, Mercury has just entered its shadow period in preparation for his upcoming retrogradation thus pushing us gradually to review both economic decisions taken since October 10 as well as developments in relationships and partnerships that took place during the same time. The outcome of the review will be felt after November 26, 2019, when Mercury will return to the same position it occupies now. We wish you enjoy as much as you can this admittedly tough Full Moon!
Posted by Dr. Vangelis Petritsis at 20:54