Full Moon across Taurus-Scorpio: Ready to Leave the Cradle of Security? 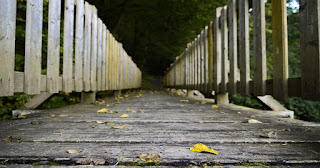 On November 12 2019 at 1:34pm, GMT, there is a Full Moon taking place across Taurus-Scorpio, the axis of survival and security. Like every Full Moon, this one too culminates processes that began at the previous New Moon and calls for us to strike the right balance between opposing forces. Presently, there is culmination of processes that started at the 28 October New Moon, which we characterized as "the greatness of extremeness", and that caused destabilization or distancing within relationships and partnerships. Thus, the current Full Moon illuminates this climate of destabilization along with any sentiments of sadness (Venus-Neptune square) and invites one to step out of their safety zone. In so doing they need to take critical cooperation initiatives or to stand up their ground about something important in partnerships and collaborations.

This seems to be the general message of Libran Mars at a critical degree as the only planet outside the cradle formed by the Full Moon’s axis and the sextiles formed by Saturn, Neptune and Pluto. After all, the Lunar North Node tightly activates the Mars/Jupiter midpoint, which suggests that one will not evolve at this stage unless they move towards the unknown with faith and optimism rather than staying with what they know. Related opportunities are given during this Full Moon (Mars-Jupiter sextile) making it rather easy to radically change our plans (Saturn-Pluto) and go with the flow of things (triangles and sextile of the Full Moon axis with Saturn, Pluto and Neptune).

Finally, the Sun-Mercury inferior conjunction in combination with the very recent Mercury eclipse - a relatively rare phenomenon - makes clear reference to the closure and opening of significant chapters regarding communication, learning, travels, commerce, agreements and contracts. The first results will be visible within the next two months before the Sun-Mercury superior conjunction takes place and the impact will be long-term and crucial for years to come! That is why it is important that the decisions now taken are well thought-out! In any case we wish you enjoy the Full Moon!
Posted by Dr. Vangelis Petritsis at 16:20