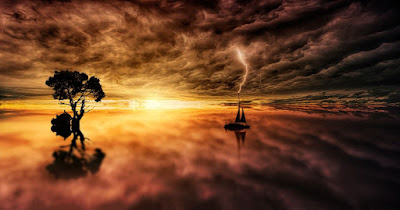 On January 17, 2022, at 11:48 pm, GMT, there is a Full Moon taking place across the Cancer-Capricorn axis, the axis of security, structure and hierarchy. It is the first full moon of the year and culminates the processes that began with the previous January 2 New Moon, raising issues that concern our material and emotional security among other things. Any sense of security and predictability, however, is probably thrown out of the window, given that Uranus goes direct at the degree of the next solar eclipse (30/4/2022) while the Lunar Nodes activate the previous November 19 lunar eclipse. The result is the creation of a charged and electrified atmosphere, which is on the verge of qualifying as an ‘electric shock’!

In fact, with the Lights activating the pure fall and exaltation of Mars while Mars is out of bounds as of January 14, situations and developments become unpredictable and raise the issue of subversion, renewal and freedom despite the consequences (Mars sesquisquare Uranus) and despite the regime of fear or threat that people in power may be promoting (Pluto involved with the Full Moon axis). In addition, it is interesting to note that the subversive action of Uranus, from the degree of the next solar eclipse (30/4/2022) during which Pluto will turn retrograde, defines a period of about four months where developments will be unexpected and stormy, both for good and for bad. Therefore, many of us will be led to radical changes because of the urgent need to survive and deal with our inner fears, obsessions and demons.

The arena, of course, where this confrontation will take place is that of relationships, collaborations and financial management, given that retrograde Venus in Capricorn began her retrogradation with a belligerent mood (conjunct Pluto) to bring deconstruction and reform in her field (activation of Saturn-Uranus square). Finally, with Mercury also retrograde, there are a number of pending issues that require our attention and that will occupy us for the next three weeks or so. Will you be able to find some moments of rest and relaxation during an admittedly difficult month? (Jupiter and Neptune in Pisces, practically unaspected)

Posted by Dr. Vangelis Petritsis at 16:43