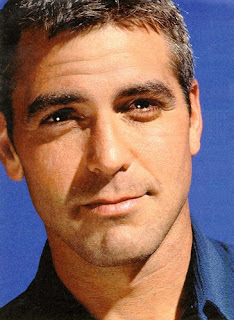 I would like to inaugurate the new rubric of my blog ‘Celebrity Profiles’ by providing an astro-psychological portrait of a very famous Taurean man, who is celebrating his 50th birthday today, that is, George Clooney. He was born at 02:58 am on May 6th 1961 in Lexington, Kentucky, USA, and became famous following his participation in the TV series “ER” (Emergency Room). Ever since, he’s taken part in many films, mostly as an actor, but also as a director and producer; some of his most well-known films include “Ocean’s Eleven”, “Good Night and Good Luck”, and “Syriana” for which he was awarded an Academy Award for Best Supporting Actor. His TV and film career aside, George Clooney is renowned for being handsome; in fact, he’s been given the title of “Sexiest Man Alive” twice by People Magazine, once in 1997 and once more in 2006.
So, what information could we glean from George Clooney’s birth chart regarding his life and personality, primarily on the basis of the position of his Sun? We should note here that George Clooney has Sun in Taurus in the 3rd house and that it rules his Leo cusp 6th house. His Taurean Sun further conjuncts his Mercury, which is also in Taurus, and is ruled by Venus, which in his case is located in Aries. Let us take a closer look at the meaning of all this.
With the Sun in Taurus, George Clooney’s identity will revolve around building, enjoying and measuring possessions and the material world. Given that in any chart the Sun rules Leo (the sign of the arts and entertainment) and that in George Clooney’s chart Leo is on the cusp (i.e., the beginning) of the 6th house (the area of life related to work), it is not surprising that George Clooney became an actor and that he also had to work literally in the construction business in order to be able to finance his acting classes in the beginning of his career. Furthermore, in view of Taurus’s association with beauty and sensuality, it is not surprising that not only is George Clooney generally regarded as a handsome man, but that he has also received several appointments to annual “Most Stylish”, “Best-dressed” and “Sexiest Man Alive” lists. Moreover, a Taurean Sun makes for a joyful and warm-hearted person who deeply appreciates anything related to immediate physical sensations, such as eating and drinking. Therefore, exploring the five senses, as well as taking pleasure in all the material delights that life has to offer, is of paramount importance for George Clooney. 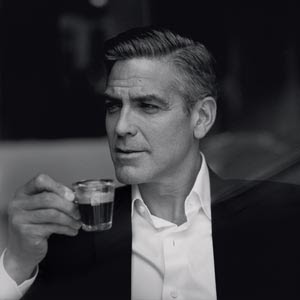 With his Taurean Sun in the 3rd house (the area of life related to communication and commerce), George Clooney does not only indulge himself in exploring the five senses, but he also wants to communicate his pleasure and share it with others. It thus makes sense that George Clooney has appeared in several commercials for products like Nespresso and Martini and that he has also lent his voice to a series of Budweiser ads; he has also appeared in Fiat commercials, cars being equally related to the 3rd house and the planet Mercury, which is also in Taurus very close to his Sun. Furthermore, one shouldn’t be surprised to hear that Rosemary Clooney, George’s aunt, hired him as her chauffeur when he first moved to Hollywood in 1982 to pursue his acting career; this is once more related to the fact that George Clooney’s Taurean Sun is very close to his Mercury (aunt) within the 3rd house (driving) and rules his Leo cusp 6th house (art-related job). This configuration certainly makes for a very warm and reliable relationship with his aunt, a person who was also willing to provide him with the financial means to pursue his acting career by employing him as a chauffeur. 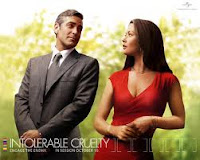 With his Taurean Sun in the 3rd house and in conjunction to Mercury, the planet of humour, it further appears that George Clooney considers humour to be very important as a way of enjoying life. Indeed, he is well-known for his humorous and witty personality. With Venus, the planet of romance, ruling his Sun-Mercury conjunction in the 3rd house, he likes combining humour with romance; in fact, he has starred in quite a few romantic comedies, such as “One Fine Day” and “Intolerable Cruelty”. It is also interesting to note that with Venus in Aries, George Clooney likes war, adventure, courage and heroism, which he has managed to incorporate in comedies such as “O Brother, Where Art Thou?”, an adventure comedy, and “Welcome to Collinwood”, a crime comedy. His love for war, heroism and adventure can be seen respectively in films such as “The Thin Red Line”, “Batman and Robin” and “The Perfect Storm”. 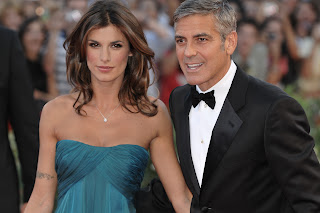 However, it is also his Venus in Aries that seems to be, at least partly, responsible for his love life, which is characterised by several failed relationships and which of course contradicts the importance his Taurean Sun attaches to loyalty, endurance, continuity and stability. Venus, the planet of loving and relating, does not generally sit well with the fighting and warlike sign of Aries. On a positive note, with Venus in Aries George Clooney expresses love and affection in an enthusiastic, exuberant and passionate manner; he may even be quick to fall in love. However, he also seems to like putting himself first and to value boldness, forcefulness, assertion, confrontation and lack of compromise. With Venus ruling his Libra cusp 8th house (the area of life related to close involvements and intimacy), his fighting spirit is particularly evident in the way he relates to love partners, which of course does not facilitate endurance and stability. This is further supported by the fact that his Sun forms a square aspect (a 90° angle) with his Leo Uranus, the planet of rebellion and eccentricity: in other words, he struggles to find a way to combine stability and endurance with his independent, freedom-loving, and perhaps disruptive and unpredictable, self-assertion.

Given his problematic love life, let’s all make the following wish for George Clooney’s birthday: May he remain happy and satisfied in his current relationship with Italian model, Elisabetta Canalis, for many years to come!
Posted by Dr. Vangelis Petritsis at 00:56