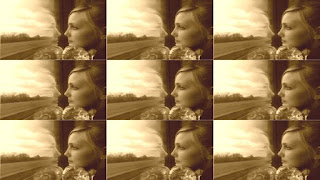 On April 22nd 2016 at 5:23am, GMT, there is a Full Moon in the fighting, uncompromising and insightful sign of Scorpio which implies of course that the Sun is in the opposite sign of Taurus. The Taurus-Scorpio axis is the axis of survival as well as the axis of give and take, both physically and emotionally. So, if one also takes into account the fact that at this Full Moon the Moon is located at the degree of its pure fall while the Sun at the degree of the Moon’s pure exaltation, they will realize that issues of survival, as well as issues concerning material and emotional transactions, will tend to awaken deep insecurities within us. More specifically, we will need to strike the right balance between sharing resources (Scorpio) and accumulating them (Taurus), but with the Moon in Scorpio and the Sun in Taurus it will seem easier to give than to take, hence the awakening of insecurities.

Furthermore, the fact that Mars and Pluto, the Full Moon’s dispositors, have just turned retrograde means that the sense of insecurity will not go away until after they turn direct (late June for Mars and late September for Pluto). On the one hand, revisions of actions and initiatives concerning legal, educational and long-distance travelling matters (Mars in Sagittarius) and, on the other hand, revisions of professional changes and capital restrictions (Pluto in Capricorn) seem to ‘freeze’ the ability to create material security. After all, the Full Moon axis is essentially unaspected (i.e., it doesn’t form basic aspects to other planets). Moreover, the mutable T-Square between Jupiter, Saturn and Neptune is still in effect and continues to cause high, albeit somewhat pointless, activity that aims at the satisfaction of big dreams despite many obstacles and limitations.

On a positive note, the grand trine in earth between Mercury, Jupiter and Pluto promises material gifts as long as one is able to transform (Pluto) the way they think (Mercury) and envision life (Jupiter). Besides, the almost exact Venus-Uranus conjunction hints at unexpected financial shifts but also at brand new and original ways of attracting money and wealth, probably thanks to one’s ability to open new professional horizons (trine to Saturn in Sagittarius). May you enjoy the Full Moon!
Posted by Dr. Vangelis Petritsis at 12:03