Lunar Eclipse Across the Leo-Aquarius Axis: A Jewel of Freedom? 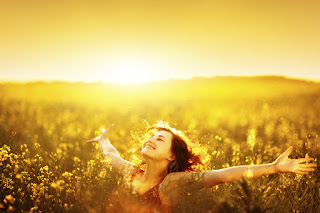 On August 18th 2016 at 9:26 am, GMT, there is a lunar eclipse across the Leo-Aquarius axis with the Moon in Aquarius and the Sun in Leo. Although eclipses have always been treated with fear and awe, what one needs to understand is that these are turning points in time. They are points at which we strongly feel that something’s gone missing in relation to the area of one’s horoscope where the eclipse occurs. And because it is often a state of lack or deficiency that pushes us into action so that the lack or deficiency can be addressed, eclipses signify the end of an important chapter and the beginning of a new one: the ‘extinction’ of one of the Lights is what attaches great importance to the opening or closing chapter because the extinction cannot go unnoticed, at least in those parts of the world where the eclipse is visible.

In the case of a lunar eclipse such as the current one, the opening or closing chapter and the feeling that something is missing are related to what the Moon symbolizes. Among other things the Moon symbolizes our basic needs, our emotions, our family and home life, our daily rhythms, our diet and our relationships with children as well as with important women such as the mother or the wife/partner. Deficiencies or closures concerning the issues and individuals above are, therefore, among the likely scenarios of this lunar eclipse. Due to the Moon’s sign, the present developments will be mobilized by a basic need for freedom, originality and renewal.

Freedom and originality
The concepts of freedom and originality are particularly highlighted in the lunar eclipse chart. This is not only due to the Moon being in Aquarius but also to the eclipse axis being part of a planetary pattern where the two primary significators of freedom, Jupiter and Uranus, are involved. On the one hand, Uranus is atop an ambivalence triangle (sextile Moon and trine Sun) while, on the other hand, Jupiter is atop an irritation triangle (semi-sextile Sun and quincunx Moon). Joyce Hopewell calls this pattern ‘bijou’, or jewel, hence the title “jewel of freedom”. 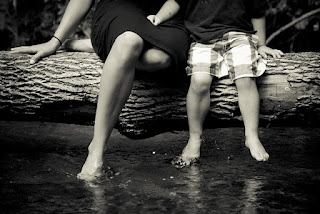 Therefore, it looks as though the developments triggered by the current lunar eclipse are motivated by the need to ‘decorate’ our emotional life as well as our family and home life with more freedom despite the irritation caused by a multitude of discussions about minutiae and practicalities (Mercury conjunct Jupiter in Virgo atop the irritation triangle). Indeed, this multitude of discussions even gets an extension until October 2nd 2016 having first undergone some kind of revision around September 10th 2016. The reason is related to Mercury getting ready for its retrogradation period at the end of the month: at those two dates Mercury will occupy the same position it does now.

Nevertheless, it should be noted that the minutiae and the practicalities referred to above seem to cause friction and wounds given the opposition Chiron forms with the Mercury-Jupiter conjunction. Perhaps, Chiron in Pisces wants to remind us that we need to accept an ocean of things that are beyond our control and that may be ‘injuring’ the jewel of freedom that decorates the lunar eclipse chart. Finally, the mutable T-Square formed by the Venus-Neptune opposition squared by the Mars-Saturn conjunction probably requires considerable flexibility, adaptation and ingenuity if one wishes to put an end to feelings of frustration created by financial or emotional sacrifices. In any case, we wish you to wear the ‘jewel of freedom’!
Posted by Dr. Vangelis Petritsis at 17:58