Lunar Eclipse Across the Leo-Aquarius Axis: The Tilted House… 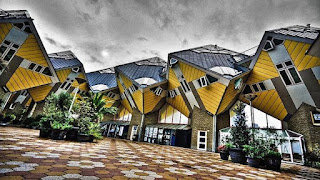 The first eclipse of the year, lunar in nature, occurs on February 11th 2017 at 12:32am, GMT. Although many dread the eclipses, it is necessary to understand that these, and especially the solar ones, mark the beginning or end of important chapters in our lives. When it comes to lunar eclipses such as the current one, there is a culmination of matters concerning our emotional and personal life, our daily habits and diet. Additionally, lunar eclipses intensely highlight matters related to women, in general, and to family members, in particular, such as the mother or a partner/spouse.

Furthermore, an eclipse can be experienced as some kind of shortage in that area of one’s horoscope where it takes place, hence the anxiety or insecurity that is often attributed to eclipses, the lunar ones in particular. The duration of their influence is still a matter of controversy, although there is a general consensus around the idea that their influence lasts for about two to four weeks before and after.

Regarding this lunar eclipse, it takes place across the Leo-Aquarius axis, which is the axis of uniqueness, of individualism and collectivism, as well as of entertainment and friendship. It is likely, therefore, for a chapter to open or close with regard to the themes above. It is equally likely that one needs to find a way to align individual interests with group interests but, given the fact that the Moon is disposited by the Sun in Aquarius, group interests seem to prevail over individual ones. Also, if one takes into account the fact that this is a lunar eclipse, there will probably be a need for entertainment and friendship to be somehow incorporated at home and into our daily lives as well as in our relationships with women, family members and the mother or a partner/spouse.

Of particular interest in the eclipse’s chart is a rare pentagonal pattern with Saturn atop. This pattern is reminiscent of a ‘tilted’ house, one that has capsized to the left, thus pointing to twists and changes that affect basic structures in our lives. Part of this formation is the Sun-Moon axis along with Jupiter, Saturn and Uranus in trine and sextile aspects to the Lights. It consists of five sides, which means that the principal motive of this pattern is a need for freedom and subversion, a need that seems to go over the top in line with Uranus being at Saturn’s absolute fall. Nevertheless, the trines and sextiles bring a certain amount of ease and comfort that makes any change or twist much smoother than otherwise expected. Besides, the pattern actually consists of two fiery kites with the Sun and Jupiter as focal points in the element of Air. Consequently, the fiery optimism and excitement provides the impetus for an important opening of new horizons in areas related to communication, learning and cooperation.

Although the way is not strewn with roses, given the harsh involvement of Pluto and Chiron in this pentagonal pattern – Pluto is atop a T-Square with Jupiter and Uranus while Chiron is atop a Yod with Moon and Jupiter – it is rather comforting to see that Jupiter is involved in all three patterns. So, there appears to be a safety net that protects one from potential feelings of pain or marginalization that may be inflicted by the twists or changes mentioned above. Besides, Jupiter has just gone retrograde revealing that it is high time we took advantage of opportunities that may have been promised to us ever since last November but have not yet come to pass.

Finally, a group of their own is formed by Mercury in Aquarius sextile Venus in Aries with Venus conjunct Mars who is in turn in semi-sextile aspect to Neptune. It, thus, seems that there is an orgasm of activity in terms of subversive ideas and innovative values and initiatives that find it, though, really hard to integrate ideals of compassion.  Therefore, if anything, this eclipse shows us what may happen when one sacrifices compassion (Neptune) in the name of growth and development (Jupiter)…
Posted by Dr. Vangelis Petritsis at 22:52