Full Moon Across Aries-Libra: Do or Die! 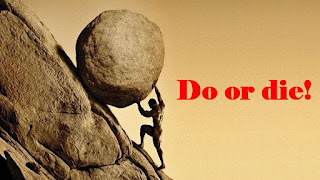 On October 5th 2017, at 6:40pm GMT, there is a Full Moon taking place with the Moon in the fiery, pioneering and warlike sign of Aries and the Sun in the diplomatic, harmonious and peaceful sign of Libra. Just like it happens with every Full Moon, this one too calls for us to strike the right balance between opposites. Presently, selfish, hasty and highly urgent needs (Moon in Aries) contradict the importance one may attach to compromise, diplomacy and weighing of pros and cons in decision-making (Sun in Libra). Therefore, the dilemma that many people may face these days is as follows: should one satisfy their own individual needs (Moon in Aries) or should they take a step back and make a compromise in favor of a relationship or collaboration (Sun in Libra)?

Indeed, with the Lights occupying critical degrees of the zodiac ruled by the Moon, it seems that the above dilemma causes great insecurity. Furthermore, given that there is a simultaneous Sun-Mercury superior conjunction, one could say that any insecurity or uncertainty concerns, in particular, the following: will important ideas, discussions and negotiations that took place near the end of last August with a view to launching new partnerships or alliances bear fruit? At the time, there was a Sun-Mercury inferior conjunction on a critical degree ruled by Venus while Saturn had just turned direct: this highlights financial and emotional insecurities as the primary criteria underlying the choice of structures one intends to keep in their life.

Moreover, with Saturn being atop a T-Square where Chiron is involved by opposition to the Venus/Mars conjunction, the present Full Moon seems to be characterized by plenty of action and mobility regarding new relationships and collaborations, as well as the rebirth of old ones despite any obstacles and feelings of helplessness. Nevertheless, relationships and collaborations that stand on shaky ground will probably end for good, as Pluto squares the Full Moon axis. Therefore, to the extent that there can be no compromise between individual needs and those of significant others, the radical change brought about by Pluto will also entail the death of the relationship or collaboration. This is particularly so for groups of people and collectivities, because Venus and Mars jointly activate the Pluto/North Node midpoint.

Finally, although it may be difficult for one to accomplish their ideals under this Full Moon (Neptune in semi-sextile and quincunx aspects with the Moon and the Sun respectively), the presence of the nodal axis on critical degrees ruled by Jupiter opens up significantly and unexpectedly new horizons, especially within groups of people, despite any minor irritations or obstacles (Jupiter-Uranus in opposition with each other and in minor harsh aspects to Neptune). In any case, may you enjoy this Full Moon!

Posted by Dr. Vangelis Petritsis at 17:23