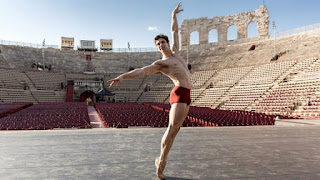 On October 19th 2017 at 7:12pm, GMT, there is a New Moon taking place in the harmonic, elegant and reconciliatory sign of Libra. Similarly to any New Moon, this one too calls for us to make a new beginning in that area of one’s horoscope where it happens to take place. Due to the sign, this new beginning is clearly related to relationships and partnerships and aims at the achievement of harmony and reconciliation. However, the closest aspect that this New Moon forms is a partile, yet separating, opposition with Uranus.

Therefore, this new beginning seems to arise through a rather abrupt, unexpected or revolutionary rupture with the past. Indeed, the fact that in the New Moon’s chart, Venus, its dispositor, and Pluto are unaspected shows that radical changes in relationships and partnerships become an obsession that is related to the attachment of value to grandiose dreams and great ideals (Venus = Jupiter/Neptune).

Of course, the path is not strewn with roses, given that in the New Moon’s chart there is a mutable T-Square with Saturn atop and Mars-Chiron in opposition. The separating aspects of Mars with Saturn and Chiron along with the mutable nature of the signs reveal, among other things, that recent actions and initiatives have probably caused hurt because of pitfalls and obstacles that kept creating unpredictable circumstances.

As a Deus ex machina, though, Uranus turns this T-Square into a planetary pattern that Joyce Hopewell calls ‘arena’ by forming a trine aspect with Saturn and quincunx and semi-sextile aspects with Mars and Chiron, respectively. Thus, flashes of inspiration and unexpected or even ingenious solutions seem to remove the obstacles despite a great deal of irritation. Finally, Uranus’ opposition to the New Moon turns the arena into a ‘provocative figure’, which, according to Joyce Hopewell, gives courage to bring into the open things that would otherwise remain hidden, a process further supported by the Mercury-Jupiter conjunction in Scorpio. Anyhow, we wish you enjoy the New Moon!

Posted by Dr. Vangelis Petritsis at 19:14