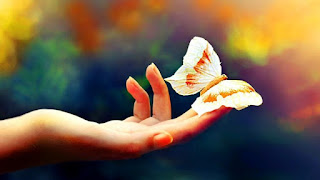 On November 18th 2017 at 11:42am, GMT, there is a New Moon taking place in the deeply emotional, combative and uncompromising sign of Scorpio. Just like it happens with every New Moon, this one too calls for us to make a new beginning in that area of one’s horoscope where the New Moon occurs. Due to the sign’s nature, this new beginning is clearly related to the need for some profound transformation. In fact, with the two traditional benefics being conjunct in the same sign, it is clear that transforming one’s philosophy (Jupiter) and values (Venus) augurs well.

This message is particularly relevant for groups of people, given that Venus closely activates the Jupiter/North Node midpoint. Additionally, the Jupiter-Neptune trine favors the opening of new horizons through forgiveness, esotericism and escapes of any kind, while the simultaneous Saturn-Uranus trine introduces more freedom and renewal into existing structures and working conditions.

However, the square between Mars and Pluto, the New Moon’s dispositors, marks obstacles due to conflicts, power games and underhand moves and actions. Besides, the secondary but harsh aspects that the New Moon forms with the Saturn-Uranus trine, combined with the close activation of the Moon/Chiron and Sun/Chiron midpoints by Uranus, emphasize the scouring wounds and the difficulties in personally adapting to the spirit of freedom and renewal mentioned above.

Of course, with Mercury being out-of-bounds in Sagittarius, the mind can produce ample out-of-the-box ideas that can provide ingenious solutions to difficult situations. Nevertheless, Mercury has already started to prepare for its forthcoming retrogradation, which means that it will take some time before these solutions are implemented. The dates of Dec 15th and Dec 31st are particularly important in this respect, because that’s when Mercury will occupy the same degree it occupies now. In any case, we wish you enjoy this highly transformative New Moon!
Posted by Dr. Vangelis Petritsis at 19:24