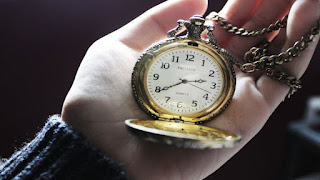 On December 18th 2017 at 6:30am, GMT, there is a New Moon in the travel-loving, liberal and adventurous sign of Sagittarius. Similarly to any New Moon, this one too calls for us to make a new beginning in that area of one’s horoscope where it happens to take place. In this case, the presence of Mercury retrograde in the same sign, coupled with the fact that the New Moon is in a double conjunction, one separating from Venus and one applying to Saturn, reveals that, more than a new beginning, this New Moon has to do with the settlement of outstanding issues related to finances and romance. Actually, it seems as if a lot of time has gone by untapped and this has probably led to some pretty tight deadlines. Furthermore, although these outstanding issues have left wounds in their wake, as evidenced by the New Moon’s separating square with Chiron, people will soon be coming up with original, albeit not utterly satisfying, solutions (Venus in a simultaneous trine and square to Uranus and Chiron, respectively).

It is also important to point out that this is the last New Moon with Saturn in Sagittarius, given that in only two days from now the planet of time, order and organization enters Capricorn, one of the two zodiac signs which this planet rules. Saturn’s motto while in Capricorn will be “Don’t waste time” and the simultaneous presence of Mercury retrograde and of other planets in Sagittarius suggests that this “time-saving” strategy will particularly concern outstanding issues related to the law, religion, education and travelling.

This New Moon also seems to put an end to many daydreams and failures regarding these same issues thanks to the revision period marked by Mercury’s retrogradation. Mercury, in fact, while out-of-bounds and in direct motion on November 16th it occupied the same degree it occupies now and it will occupy the same degree once more on December 28th with Venus being out-of-bounds this time. Thus, original or even outrageous ideas that may have been formulated around mid-November are either completely abandoned under this New Moon or reviewed so as to mobilize original developments in relationships, partnerships and economic transactions from late December onwards. Finally, the utter absence of the air element coupled with Mercury’s square with Neptune does not facilitate clear communications or exchange of ideas but reminds us, instead, that it's no harm for the mind to wander off from time to time! In any case, we wish you enjoy the New Moon!
Posted by Dr. Vangelis Petritsis at 14:55