Lunar Eclipse Across Leo-Aquarius: The Light that Goes Off! 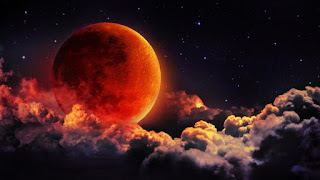 On January 31st 2018 there is a lunar eclipse taking place across the Leo-Aquarius axis, the axis of personal and group promotion. It is the first eclipse of the year and precedes the February 15th solar eclipse. Although eclipses have a bad reputation, it is important to understand that these are the culmination of processes that were being prepared a long time ago, often up to six months earlier. Given that during an eclipse one of the two Lights (Sun/Moon) is ‘turned off’, eclipses signify the end of an important chapter and the beginning of a new one. More specifically, lunar eclipses are also full moons. This implies that the chapter that now closes or opens up concerns emotional, family and household issues as well as issues related to relationships with important women in one’s life, such as the mother or the wife/partner. And because an eclipse can be perceived as a lack or shortage, there may be some sort of lack experienced in relation to the issues and relationships mentioned above.

Presently, with the Sun in Aquarius and the Moon in Leo – the Sun’s sign, the eclipse seems to close or open up chapters related to one’s need for personal promotion within a group or collectivity. However, this need runs counter to collective values (opposition to Venus in Aquarius) some of which, however, need to be discarded (Venus conjunct South Node). This is in line with the Mars/Pluto midpoint activated by the Lights given that transformational actions and initiatives for fundamental changes appear to be relentless.

Though feelings of frustration and helplessness can pop up because of the above (harsh activation of the eclipse axis by Chiron and Neptune), the almost simultaneous entry of Mercury in Aquarius in sextile aspect to Mars in Sagittarius allows at least some fresh perspective through optimistic and generous moves. Moreover, the Venus-Jupiter square, with Jupiter being at a critical degree ruled by himself while activating the Mercury/Neptune midpoint, seems to push people into excesses of unity and generosity on the occasion of grand ideas and visions that cause, however, some insecurity. In any case, things are moving rapidly as all planets are now fast and in direct motion. Make sure you take advantage of it!
Posted by Dr. Vangelis Petritsis at 12:37