Solar Eclipse in Cancer: The Journey Counts More than the Final Destination… 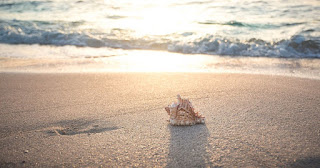 On July 2, 2019, at 7:16 pm GMT, there is a solar eclipse taking place in the emotional, protective and introverted sign of Cancer. Although eclipses are seen as a bad omen, it is important to realize that these are the culmination of processes that had started some time ago, often six months earlier. Presently, for example, there is a strong connection with the previous eclipse, which was lunar and took place on January 21, 2019, because Mars now activates the degree of that eclipse.

Moreover, in eclipses, one of the two Lights (Sun/Moon) is "turned off", which is why eclipses signify the end of an important chapter in our lives and the beginning of a new one. This is even truer of solar eclipses because such eclipses are simultaneously a New Moon. More specifically, the new beginning marked by a solar eclipse refers to solar issues such as our creativity and purpose in life as well as our relationships with important men such as the father, husband or employer. An eclipse can also be interpreted as a lack or shortage, so there can be a sense of shortage in the above issues or relationships that spurs us into action.

Currently, with both Lights in Cancer, the eclipse seems to culminate procedures, to highlight shortcomings, and to close or open chapters regarding emotional, family and national issues, as well as protection and (in)security issues related to our purpose in life, creativity and relationships with important men. It is the first and only total solar eclipse taking place across the Cancer-Capricorn axis in the three-year period of 2018-2020, during which most eclipses will take place across this same axis. Consequently, the chapter that is now opening or closing is of the greatest importance in this three-year period and sets out the developments for the next few months, if not the next year.

Although the Lights in the present eclipse do not form any tight aspects to other planets, there is a very interesting planetary pattern in the horoscope of the eclipse, called "Finger of the World". This includes a Jupiter-Neptune square and simultaneous sesquisquares with the Mercury-Mars conjunction in Leo. The general meaning of this pattern is that the journey counts more than the final destination. Indeed, the basis of the pattern speaks of conflicting visions and ideals whose conflict is further fueled by slightly frivolous communication initiatives and actions aimed at gaining more independence, self-reliance and creativity. Achieving these goals is what one desires but not necessarily the final outcome.

Therefore, it seems that during this period one will imagine and envision more than they can actually materialize. Besides, Saturn in sextile with Neptune but in an exact conjunction with the Lunar South Node and in a wide applying opposition with the Lights talks about difficulty in realizing one’s ideals. Moreover, the simultaneous square and trine that the Mercury-Mars conjunction forms with Uranus and Chiron, respectively, reveal further obstacles due to unforeseen circumstances, but also relative ease in healing wounds that recent verbal fights may have caused. On a positive note, Venus, albeit unaspected yet, promises future success in financial negotiations and future improvement in relationships and partnerships (Venus = Sun/Jupiter = Moon/Jupiter in conjunction with Betelgeuse). In any case, we wish you enjoy the solar eclipse!
Posted by Dr. Vangelis Petritsis at 16:43