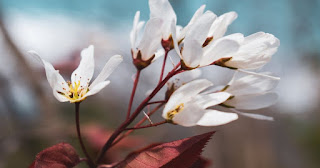 On May 7, 2020, at 10:45am, GMT, there is a Full Moon taking place across the Taurus-Scorpio axis, the axis of survival and material and emotional exchange. Processes that began last April 23, at the previous New Moon, now highlight the need for survival through somewhat "darker paths", but ultimately lead to partial success and reach of an ideal or dream (Venus, the Sun’s dispositor, conjunct Bellatrix and square Neptune, atop an ambivalence trine with the Full Moon axis).


This dream, for many people lately, seems to have been the escape (Neptune) from quarantine, which is coming to an end these days, but brings along other types of restrictions, both practically and financially. After all, with the Moon in the sign of its fall, the sense of general insecurity and pervasive threat is illuminated, which in our previous writings we have called "the doctrine of terror" (Jupiter-Pluto conjunction). At least, the Sun-Mercury conjunction in Taurus helps the mind to ground and calm down thanks to the opportunity for escape that Neptune provides. The same conjunction marks the culmination of ideas and discussions that may have taken place late February-early March 2020 and which are currently in the process of being implemented and completed (emphasis on fixed mode) despite a possible lack of appetite or enthusiasm (lack of fire). These ideas and discussions will continue to bear fruit until the end of June-beginning of July 2020.
Finally, one should note that in the week following the Full Moon, three planets turn retrograde, one after the other, in the following order: Saturn, Venus and Jupiter. Thus, there is an urgent sense of revision of rules, values, and theories, which for many people signals a return to work and sociability, but in a way that goes far beyond the ordinary and that some will consider extreme, cf. masks etc (Venus out of bounds). In any case, we wish you enjoy the Full Moon!

Posted by Dr. Vangelis Petritsis at 17:33