New Moon in Gemini: The Last One Before the Eclipses! 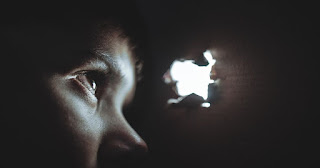 On May 22 2020, at 5:38pm, GMT, there is a New Moon taking place in the flexible, communicative and airy sign of Gemini. Like every New Moon, this one too marks a new beginning in that area of ​​one's horoscope where it happens to take place. Due to the Gemini nature, this new beginning concerns issues of communication, learning and travel, which have been pending for a long time, as revealed by Mercury conjoining retrograde Venus in the same zodiac sign. Actually, the fact that they are both out of bounds and in conjunction with the fixed star Bellatrix reveals that the above issues are met with success, provided one thinks outside the box and is willing to fight for unusual or innovative values and views in a climate of general uncertainty and confusion (Neptune square both Mercury and Venus).

The trine the New Moon forms with Saturn in Aquarius is encouraging because it portends long-term prospects in what begins now, as long as one shows courage (Saturn in conjunction with fixed star Altair). However, the lack of fire that characterizes the New Moon horoscope reduces enthusiasm and optimism, while the emphasis on mutability requires great flexibility and adaptation to ever-changing conditions. This is emphasized, after all, by the square that the New Moon receives from Mars in Pisces along with whatever irritation this may produce. At least, Mars forms a sextile with Uranus, which speaks of opportunities for sudden or ingenious solutions despite any feelings of inferiority (Chiron in semi-sextile with both Mars and Uranus).

Finally, it is important to mention that this New Moon is the last moon before the eclipse season, which begins with the next full moon-lunar eclipse on June 5, culminates on June 21 with a solar eclipse and ends with a second lunar eclipse on July 5. In any case, we wish you enjoy the New Moon!
Posted by Dr. Vangelis Petritsis at 18:14