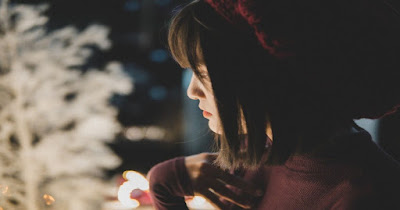 On January 2, 2022, at 6:33 pm GMT, there is a New Moon taking place in the earthy, reserved and ambitious sign of Capricorn. Like any New Moon, this one too invites us to make a fresh start in that area of ​​one's horoscope where it happens to fall. It is interesting that this fresh start almost coincides with the New Year that has just begun, giving the opportunity for a truly fresh beginning. Due to the sign’s nature, this beginning relates to professional issues as well as to issues of material security. It is characteristic, after all, that this is the first new moon that hosts the Lunar Nodes across the Taurus-Scorpio axis, the axis of security and survival.

With the New Moon, therefore, taking place in a critical degree of the zodiac and with the presence of retrograde Venus in the same sign, conjunct Pluto, there are critical issues that go deep and have been pending for a long time in terms of finances, security, relations and partnerships. Some of these issues may be the following: financial holes that one only now discovers and has to address, boundaries in relationships and partnerships that need to be defended or renegotiated, or high demands that one must meet in order to maintain the same standard of living. And all this entails introversion, introspection, limitation and removing oneself from unnecessary social gatherings or pleasures.

It is worth emphasizing that the New Moon is one more new moon that activates the Saturn-Uranus square, which we have often called "Deconstruction and Reform". Thus, the feeling that with this New Moon the lack of normalcy and predictability becomes the ‘new normal’. After all, Mercury from the sign of Aquarius, traditionally disposed by Saturn, who is still in the same sign, is expected again to obey strange formulas and rules. Will you be able to believe that there is hope despite the above restrictions? (Mercury in a semi-sextile with Jupiter in Pisces)

Posted by Dr. Vangelis Petritsis at 16:35