The entrance of Neptune in Pisces on April 5th marked one of the most important astrological events of this month. This is so, because Neptune moves very slowly: it orbits the Sun in about 164 years, which means that the last time it entered Pisces before April 5th was in April 1847! Neptune’s entrance in Pisces is equally important for the fact that Neptune ‘rules’ Pisces, that is, its energies have a natural affinity with the Piscean archetype. Its retrograde period aside, during which it will move back into Aquarius for approximately eight months (June 2011 – February 2012), Neptune will remain in the sign of Pisces for the next 15 years. Given its very slow orbit around the Sun, Neptune represents processes that are not so readily felt and experienced in our everyday lives. Nevertheless, these processes are real and they colour the background against which our daily lives take place. Therefore, the more aware we are of these processes, the more able we will be to witness what Neptune represents in our everyday lives. This post will focus on the general meaning of Neptune in Pisces, whereas the following two posts will explain how each zodiac sign will be expected to incorporate Neptune’s energies.
Neptune is the planet of faith, idealism, fantasy and spirituality. It further represents compassion, kindness, empathy and devotion, as well as sadness, loss and sacrifice. Neptune also symbolises our longing for redemption and personal transcendence, our urge to dissolve our limits and boundaries in order to lose ourselves by merging with the greater whole and the invisible realm. Therefore, Neptune represents escapism too, that is, our urge to escape from the necessities and limitations of our physical existence and everyday lives; hence the additional association of Neptune with illusion, delusion, deception, addiction and self-destruction. 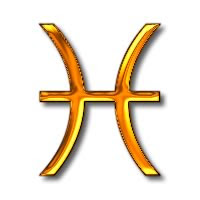 Now that we have seen what Neptune symbolises, it’d be a good idea to examine the manner in which its principles will manifest themselves during its transit through the sign of Pisces. For this reason, we need to take a look at what the main characteristics of this sign are. Pisces is imaginative, dreamy, spiritual and idealistic. Furthermore, this sign is receptive, sensitive, compassionate and emotional, with a tendency to offer unconditionally. Pisces can also be motivated by devotion to a higher ideal, which is often related to sacrifice, universal love and the interconnectedness of all things. However, this sign is also prone to vagueness, confusion and escapism.
One can already see that there is a great natural affinity between Neptune’s energies and the Piscean archetype, which is why after all Neptune rules Pisces. Here are some ideas about how this affinity will be expressed while Neptune transits this sign. To start with, it seems that the next 14 years or so will be marked by a generalised faith in mysticism, spirituality and the interconnectedness of all things. For instance, the latest discoveries in quantum physics concerning how everything in our world is connected to everything else, regardless of whether there exists a physical link or not (read the 'Divine Matrix' by Gregg Braden for an excellent discussion of these discoveries), will probably be widely accepted. It won’t be surprising either if we soon start to notice a surge of collective interest in esoteric traditions and disciplines, such as astrology, numerology and energy healing, to name a few.

Furthermore, Neptune in Pisces is likely to manifest as a certain resurgence of ideals related to unconditional giving, compassion, empathy, altruism, higher service, and caring for the poor and the mistreated. After all, let’s not forget that Marx and Engels’s ‘The Communist Manifesto’, one of the world’s most influential political manuscripts that managed to bring the exploitation of the working classes to the fore, was published in 1848 while Neptune was once more transitting Pisces! It follows that Neptune in Pisces will probably bring a revival of interest in the conditions of those who suffer, be they sick, addicted,  poor, homeless or exploited, which might also improve social welfare policies.
Let’s thus not be surprised if we notice a significant increase in acts of selflessness, altruism and sacrifice in our everyday lives for the next 14 years. The assumed wider acceptance of how everyone and everything are connected to everyone and everything else in the world, which was mentioned above, will of course facilitate the manifestation of acts of compassion and empathy: realising that we are all connected should help us better understand that by helping others we also help ourselves. However, there is a related danger: a higher likelihood of being deceived or taken advantage of…
Moreover, just like Marx and Engels dreamed of utopia, as some might say, when writing about the inevitable advent of socialism and communism, we will also probably have the tendency to dream ‘big’ for as long as Neptune is transitting Pisces. This tendency will free our minds from the restrictions that we had placed on them, which might make us think that the impossible is within our reach. We are therefore likely to go for things that may initially seem like ‘lost causes’ but that will bring us even greater satisfaction once they have been achieved; however, there exists an even greater danger of disillusionment and disappointment for the very same reason of going for the impossible. 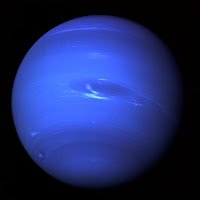 Finally, Neptune in Pisces will probably make for a collective longing to escape reality and to get away from it all whenever possible. This potential manifestation of Neptune in Pisces has to be treated with care though, because there are both healthy and unhealthy routes of escape. Therefore, it won’t be surprising if we notice an increase in our urge to escape via the arts and religion or via travelling and meditating, but it won’t be either surprising if we experience a higher propensity for addiction to drugs or alcohol… To sum up, the entrance of Neptune in Pisces marks the beginning of a period chiefly characterised by generalised faith in spirituality, resurgence of altruistic ideals, big dreams and escapism.
Stay tuned to find out which part of your life will be particularly receptive to these tendencies on the basis of your personal zodiac sign! In the meantime, have a great Easter holiday!
Posted by Dr. Vangelis Petritsis at 18:59