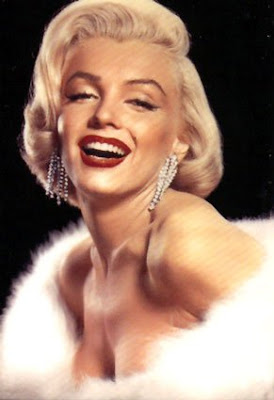 Last Wednesday (June 1st 2001) Marilyn Monroe would have turned 85 years old if she were still alive, so I would like to provide an astro-psychological portrait of this famous Gemini woman and thus give shape to the second entry of my blog rubric entitled ‘Celebrity Profiles’. Marilyn Monroe was born at 09:30 am on June 1st, 1926, in Los Angeles, California, USA, and became widely known following her participation in three 1953 films: ‘Niagara’, ‘Gentlemen Prefer Blondes’, and ‘How to Marry a Millionaire’. Mostly famous for the dumb blonde character she impersonated in the majority of her films, she managed to become a celebrity that achieved unprecedented levels of fame, glamour and public adoration, despite her short life, and hence short-lived career. To illustrate, many women in the ‘50s and ‘60s tried to imitate her image, while she still remains one of the most ‘revered’ sex symbols that the big screen ever produced. 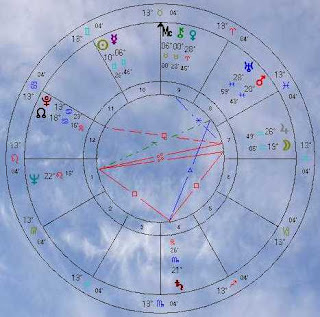 So, what information could we glean from Marilyn Monroe’s birth chart regarding her life and personality, primarily on the basis of the position of her Sun? We should note here that Marilyn Monroe had Sun in Gemini in the 10th house and that her Sun ruled her Leo Ascendant and Neptune. Moreover, her Mercury-ruled Sun was in conjunction to her Mercury, which was dignified, therefore strong, for being in the sign it rules, that is, Gemini. Let us take a closer look at the meaning of all this, keeping in mind that Marilyn’s Sun-Mercury conjunction in Gemini was unaspected: therefore, she may have found it particularly difficult to see any connection between this part of her chart and the rest of her planetary energies, which may have prevented her from achieving a well-integrated personality. 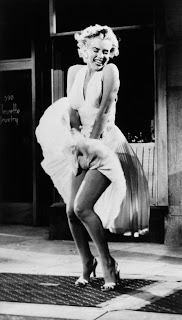 With the Sun in Gemini, Marilyn Monroe’s identity must have revolved around communicating, networking and generally dealing with the world of ideas, as well as the media. Given that in any chart the Sun rules Leo (the sign of the arts and entertainment) and that in Marilyn’s chart it rules her Ascendant (i.e., the cusp of her 1st house), it is not surprising that Marilyn became a media persona (Sun in Gemini) by approaching the world through the arts (Leo Ascendant). Leo has a particular affinity with acting and fashion, while Neptune, the planet of glamour, image, photography, the cinema and the sea, was a very important planet in Marilyn’s case, because it was found in her 1st house in Leo. Thus, it comes as no surprise that the immediate impression Marilyn gave was one of a glamorous media persona known for her cinema roles; in fact, she started her career by modelling bathing suits and posing for pinups and glamour photos (Neptune in Leo). Furthermore, given that in any chart Neptune rules Pisces and that in Marilyn’s chart it thus rules her 8th house, a house related to sex among other things, it is probably not coincidental that the impression she left was one of a sex symbol; a sex symbol that was though tempered with her playful Gemini Sun. 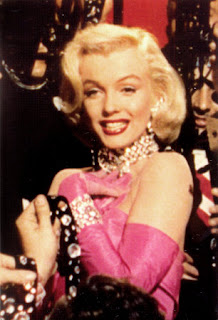 Moreover, in view of Gemini’s association with intelligence, one might expect Marilyn to have been intelligent (Sun in Gemini) and have a quick and agile mind (Mercury in Gemini). However, the impression she left was exactly the opposite! This may have been due to her tendency of making grand, flamboyant and glamorous entrances (Leo Ascendant) that focused (Sun ruling the Ascendant) on the lighter and more superficial and flirtatious side of Gemini. With her Gemini Sun in the 10th house, she was actually motivated to become known, respected and recognised for her lightness, flirtatiousness, playfulness, superficiality and even cunningness. Indeed, most of the characters she personified on the big screen were superficial women who were usually after the more glamorous side of life; it is probably not a coincidence that one of her most famous quotes is “Diamonds are a girl’s best friend”! Given Gemini’s further association with youthfulness, it is not surprising that Marilyn Monroe never grew old and will thus always be remembered quite literally for being young! 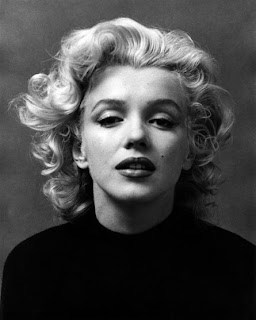 With her Gemini Sun in the 10th house and in conjunction to Mercury, the planet of humour, it appears that Marilyn Monroe must have sought to become known as a media persona who communicated in humorous and jocular ways. Indeed, she is well-known for the comic characters she impersonated in films such as ‘How to Marry a Millionaire’ (1953), ‘The Seven Year Itch’ (1955), ‘Bus Stop’ (1956), ‘The Prince and the Showgirl’ (1957) and ‘Some Like it Hot’ (1959). However, the above Sun-Mercury conjunction in Gemini, an aspect totally unrelated to the rest of her chart as referred to further above, must have been too much for her to bear. This is substantiated by her 1st house Neptune, which can make for strong escapist tendencies: it is widely known that she suffered from an alcohol and drug addiction, which also appears to have been responsible for her death. With the 10th house Gemini Sun ruling her 1st house Neptune, it seems that Marilyn kept striving to escape from the media persona she had sought to create herself...
Posted by Dr. Vangelis Petritsis at 22:00