Lunar eclipse in Aries: Don’t hurt others so that they don’t hurt you back… 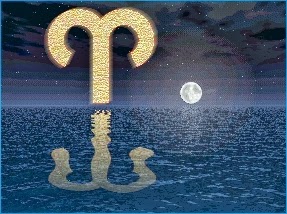 On Friday, October 18, 2013 at 11:37 pm, GMT, there is a lunar eclipse in Aries. Although eclipses have always been associated with negative occurrences, what happens then is the culmination of events and emotions; this helps us close important chapters in our lives and open new ones. When it comes to lunar eclipses in particular, these mark the culmination of emotions and issues regarding our relationships, family life, home situation and daily routines. It often happens that significant changes in these areas take place around the time of lunar eclipses. In relation to the current lunar eclipse, its axis falls across the Aries - Libra axis, the so-called axis of relationship, with the Moon in Aries and the Sun opposite in Libra. This shows that the eclipse invites us to strike the right balance between Me and Us. In other words, we can only expect to satisfy our personal desires while respecting the wishes of significant others in our lives. Our need for autonomy and independence is currently at odds with the importance we may attach to co-operation, reconciliation and justice, so this eclipse helps us realize that we can’t satisfy our desires unless we also take into and accept the desires of others.

If we exclude the - separating and of great orb - square that the axis of the eclipse receives from Jupiter, a square that intensifies our emotional reactions and leads to emotional exaggeration, the axis of the eclipse does not receive any other major aspects. The lack of major aspects to the Sun and Moon axis reveals that it is still difficult to find appropriate solutions to satisfy both our personal desires and the wishes of significant others in our lives. The fact that in the eclipse chart Mercury is stationary retrograde in the sign of Scorpio confirms this difficulty and invites us to delay any decisions so that we can go into deep introspection and thorough review of our emotional motives. While in this process we must revise relationships, partnerships, personal desires and initiatives that appeared during the last retrogradation of Mercury (June-July 2013) or during the last time Mercury was at the same degree of Scorpio (mid-October and late November 2012). The difficulty of achieving compromises in our relationships and partnerships is further confirmed by the exact opposition between Mars and Neptune, an aspect that lowers our energy levels and reduces our willingness to act and to go after what we want. 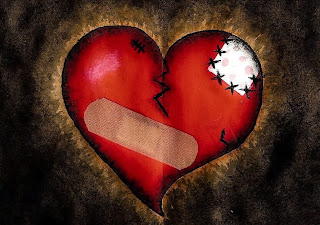 It is worth mentioning that the eclipse occurs with an exact Uranus-Pluto square while Chiron, in square aspect to Venus and in semisquare / sesquisquare aspect to the eclipse axis, forms the highest number of aspects in the chart of this lunar eclipse. The prevalent position of Chiron shows that during the eclipse many of us will probably feel hurt and will have to deal with emotional (or physical) traumas, especially due to loss of money / material goods or due to relationships that hurt us and lower our self - esteem (Chiron square Venus). ‘Do not hurt others so that they don’t hurt you back’ could be the motto of this eclipse. Indeed, if you do not find a way to heal your relationships, the concurrent Uranus- Pluto square will put a definitive end to them. We all have to take the initiative to root out anything that is rotten in relationships and collaborations so that we can renew them and renew ourselves in the process. It is not a pleasant process (many will experience it as painful), but the results will be rewarding. Be patient though because the results will not be fully seen until after Mercury is released from its retrogradation on November 27th (although as early as November 11th Mercury will go back into direct motion and start clearing up the picture). Enjoy the lunar eclipse!