New Moon in Cancer: Back to Normality? 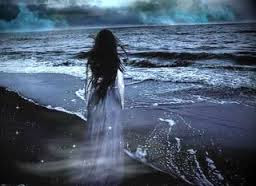 On July 16th 2015 at 1:24 am, GMT, there is a New Moon in the emotional, protective and introverted sign of Cancer. Similarly to any New Moon, this one too offers us the possibility to start afresh in that area of our chart where it takes place. Strongly placed in that sign, therefore prone to strong emotional fluctuations and insecurities, the current New Moon is involved in a grand watery trine with Saturn and Chiron. Actually, there are seven planets (along with Mercury, Mars and Neptune) in the element of water, which means that the new beginning denoted by the New Moon is largely determined by the need for emotional security usually satisfied by one’s affiliation to a group, be it family, nation, homeland or something else.

The lack of air combined with the strong emphasis in water implies communicative ambiguities and failures along with a difficulty for looking at things objectively. Thus, the new beginning is more conducive to “silence”, distortion of reality and prevalence of hidden agendas and ulterior motives. Besides, the grand watery trine between Saturn, Chiron and the New Moon reveals the extreme ease with which the need for emotional security, as well as the need for group belongingness, is served by a new beginning marked by the return to a tough tradition (Saturn retrograde in Scorpio) of reused treatments (Chiron retrograde).

Furthermore, the separating square of the New Moon with Uranus, which has greatly reduced speed in view of its impending retrogradation, points to a new beginning marked by a lack of satisfaction because of a preceding revolution or subversion that probably failed due to intense and extortionate communication initiatives (Mercury-Mars opposed by Pluto in a T-Square with Uranus at the apex). So, we seem to resume our normal day-to-day activities (Mars just four minutes of arc out-of-bounds) despite any financial obstacles (Mars-Venus semisquare).

Finally, Venus in the anaretic degree of Leo and in exact square to Saturn and sesquisquare to Pluto talks about a harsh and imperative upcoming end to light and playful relationships as well as to luxurious shopping or impressive investments. Of course, due to its impending retrogradation, Venus will return to the degree it occupies now both on August 3rd in retrograde motion and on October 7th in direct motion. Therefore, delays or revisions regarding finances, relationships and alliances should be expected. Enjoy the New Moon!
Posted by Dr. Vangelis Petritsis at 19:19