Lunar Eclipse in Libra: The Apotheosis of Ego and Freedom… 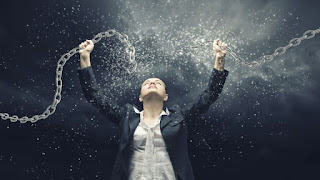 On March 23rd 2016 there is a lunar eclipse in the harmonious, diplomatic and indecisive sign of Libra. Although eclipses have always been treated with fear and awe, it is important to understand that these are turning points. More specifically, they are points in time when some kind of lack is strongly felt in the area of one’s horoscope where the eclipse occurs. And because it is usually a state of lack and deficiency that pushes us into action so that the lack can be compensated for, eclipses signify the end of an important chapter and the beginning of a new one. After all, the fact that one of the two Lights ‘switches off’ during an eclipse invests the eclipses with particular importance as they can hardly go unnoticed, at least in those places where they are visible.

In the case of a lunar eclipse, like the present, the lack or the closure of an important chapter are related to what is symbolized by the Moon. Among other things, the Moon symbolizes our basic needs, our emotional, family and home life and our day-to-day rhythms and relationships with children and important women in our lives such as the mother or the spouse/partner. Therefore, closing and opening important chapters concerning the above issues and individuals are among the possible scenarios of this lunar eclipse. Due to the sign where it takes place, this eclipse tends to be characterized by lack of harmony, balance and diplomacy and it makes direct reference to relationships, partnerships and marriages.

The difficulty lies in the apotheosis of selfish thinking and freedom as evidenced by Mercury conjunct the Sun in the sign of the latter’s exaltation (Aries) and Uranus at the Sun’s pure exaltation (19° Aries). Initiatives for frank discussions can work as a ‘safety valve’ given Mars’ position at the apex of an ambivalence trine with the eclipse axis and in trine aspect to Mercury in Aries. Also, Mercury in superior conjunction with the Sun reminds us that the eclipse marks the culmination of discussions and negotiations that took place around mid-January and that will bear fruit in the next couple of months unless they are brought to a permanent halt now.

It is worth noting that Venus, the dispositor of the eclipse, is conjunct Neptune and in a T-Square formation with Jupiter and Saturn. Actually, the Jupiter-Saturn square is as tight as it can be and Saturn sits atop the T-Square and is about to go retrograde. Therefore, emotional or financial sacrifices (Venus-Neptune) are magnified (Jupiter) due to many burdens and responsibilities that have been pending at least since last December (Saturn in Sagittarius atop the T-Square about to go retrograde and in shadow since December) and seem to play a key role both in the lack of harmony marked by the eclipse and in the possible halt in discussions and negotiations that began mid-January. We hope that you go through the lunar eclipse as unscathed as possible!
Posted by Dr. Vangelis Petritsis at 12:47