New Moon in Leo: How Much Are you Willing to Sacrifice for Freedom? 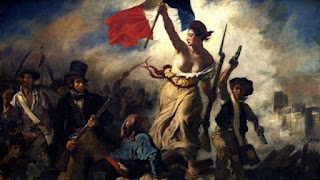 On August 2nd 2016 at 8:44pm, GMT, there is a New Moon in the impressive, playful and generous sign of Leo. Just like it happens with every New Moon, this one too marks a brand new start in that part of one’s horoscope where the New Moon happens to occur. Due to the nature of the sign this new start is related to entertainment, fun and flirt. It is also related to self-promotion and to taking care of one’s image as well as to things that are considered to be ‘luxuries’ for most of the time. Indeed, the simultaneous presence of Venus in the same sign favours not only spending money on these but also making grand gestures as a token of love.

However, the applying square formed between Venus and Mars who has just entered the sign of Sagittarius portends the potential for fights. The reason has to do with the possibility that the excessive generosity and warmth of the New Moon and Venus in Leo is construed as an attempt to commitment and stability – and for good reason given the trine the New Moon forms with Saturn. One can’t help to see though that both commitment and stability are concepts which Mars in Sagittarius strong militates against. Note that Mars has lately spent too much time being retrograde, so the build-up of energy requires relief, release and liberation. These will be achieved by opening new horizons and by seeking new goals to conquer as revealed by the sign of Sagittarius.

Despite the semi-square formed between Mars and Pluto and the concomitant minor obstacles posed by people in power, the release and liberation won’t be long to come. On August 8th Mars goes out of bounds, so claiming one’s freedom becomes more urgent than ever but the costs may outweigh the benefits, given the victims or sacrifices that claiming one’s freedom may involve. Such may be the meaning of Neptune’s strong presence in the chart of this New Moon: it forms an exact quincunx with the New Moon and a semi-square with Uranus and it participates in a T-Square with Saturn and Mercury on a critical degree ruled by Venus. So, for the sake of freedom one may have to limit communication channels despite any insecurities, obstacles or feelings of grief. How much are you willing, then, to sacrifice for your freedom? In any case, we wish you an enjoyable and liberating New Moon!
Posted by Dr. Vangelis Petritsis at 17:32