New Moon in Scorpio: How much transformation can you take? 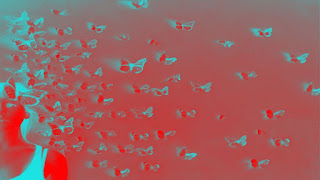 On October 30th 2016 at 17:38, GMT, there is a New Moon in the perspicacious, penetrating and transformative sign of Scorpio. Just like it happens with any New Moon, this one too marks a new beginning in the area of one’s horoscope where it happens to take place. Actually, given the simultaneous Sun-Mercury superior conjunction, this new beginning is associated with the culmination of important discussions and ideas that started at least around mid-September at the time of the previous Sun-Mercury inferior conjunction.

Mercury-ruled domains such as learning, communication, education, information-gathering, transportation, commerce and writing seem to be blooming now so that they can bear fruit within the next couple of months. Due to the sign, these domains are characterized by a need for depth, secrecy or radical change. Some examples include deep engagement in a new commercial or writing activity, secret enrolment on some course of study and radical change in one’s way of moving, communicating or gathering information.

In fact, the trine formed between the Sun-Moon-Mercury stellium and Neptune indicates the ease with which one can go after some dream or ideal while doing the above. Moreover, the return of Mars, the New Moon’s traditional dispositor, within the bounds of the ecliptic suggests that our activities have resumed some sense of normality. This allows us to engage in going after our dreams in spite of some objective but minor obstacles (Mars-Neptune semi-square).

Finally, the sense of newness that the New Moon involves is exacerbated by the fact that a new Venus-Saturn cycle starts currently in Sagittarius. Therefore, a new love commitment, a new professional alliance or an important purchase provides us with greater optimism. It also opens brand new horizons for expansion, exploration and improvement that last until Christmas next year when this cycle closes. Furthermore, the fact that Venus has just gone out-of-bounds reveals the original, unusual or perhaps illegal (!) character of the above commitment, alliance or purchase, the profound impact of which is yet to be known (semi-sextile with Pluto). In any case, make sure you enjoy this transformative New Moon!
Posted by Dr. Vangelis Petritsis at 19:11