Gemini Full Moon: Who dares to open the envelope? 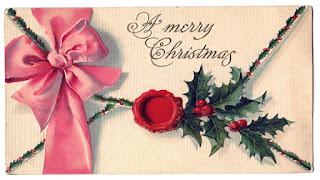 On December 14th 2016 at 00:05, GMT, the last Full Moon of the year takes place. The axis on which it does is the mental axis of Gemini-Sagittarius, with the Moon in the former sign and the Sun in the latter. Just like it happens with any Full Moon, this one too calls for us to strike the right balance between two opposing forces. More specifically, the Gemini need for gathering information, doubting and acting locally is opposed by the Sagittarian need for transmitting information, having faith and acting globally. If anything, the combination of these two signs produces not only great mental stress, anxiety and mood swings but also many communications and movements, both short-distance and long-distance. Moreover, the mutable mode of these signs indicates the passing nature of the above. It is useful, however, to emphasize that the presence of Saturn in Sagittarius creates difficulties and dampens the spirits and the atmosphere.

Furthermore, the current Full Moon brings the culmination of educational, legislative and publishing activities. Of course, the fact that Mercury is in its shadow period and ready to go retrograde in five days reveals that any culmination entails some unfinished business. Because of Mercury’s conjunction to Pluto this unfinished business goes very deep and requires a radical change of mentality, as well as great determination, in order to be tackled. Nevertheless, any unfinished business will have to wait the advent of the New Year so that it can be settled no later than the end of January when Mercury is released from its shadow.

It should also be noted that the Full Moon axis is involved in a Kite with Jupiter and Mars in air signs and in a Mystic Rectangle with Jupiter and Uranus. Jupiter’s joint participation in both patterns reminds us that optimism and openness of mind can help minimize any problems or difficulties. On the one hand, the airy kite with fire at its focal point talks about the ability to ‘fly’ away thanks to some communication or locomotor gift that promotes courage, strength and a pioneering spirit. On the other hand, the Mystic Rectangle easily brings opportunities for a safe (Moon) and sudden (Uranus) release (Jupiter) from significant burdens, responsibilities and worries (Sun-Saturn). 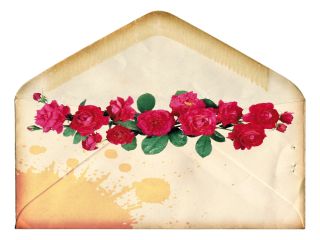 However, in order for the Mystic Rectangle, a pattern that resembles a sealed envelope, to be fully explored, one needs to ‘open’ it and work with the oppositions that lie within. Given the fact that Mercury, the Full Moon’s dispositor, is conjunct Pluto and atop a T-Square where Jupiter and Uranus are involved, a radical change of mentality seems necessary if one is to get rid of significant burdens and worries. Equally necessary seems a mental or cerebral approach to deeply hidden complexes and fears.

Finally, the Full Moon axis is involved in a T-Square with Chiron at the top waking sores and wounds that also have a financial nature. After all, Venus forms a semi-square with Chiron and a harsh and tight pattern with the Lights, thus revealing objective financial and emotional obstacles that are brought to light by the Full Moon. In any case, albeit festive (Jupiter and Sagittarius emphasized), the current Full Moon is not for the faint-hearted! May you enjoy the Full Moon and have courage and a lovely Christmas holiday!
Posted by Dr. Vangelis Petritsis at 18:40