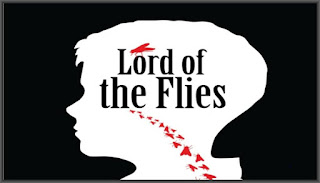 On September 20th 2017 at 5:29am, GMT, there is a New Moon in the orderly, laborious and realistic sign of Virgo. Just like it happens with any New Moon, this one too calls for a new beginning in that area of one’s horoscope where the New Moon takes place. Due to the nature of the sign, this new beginning is clearly related to issues of work, health, order and routine. Furthermore, Mercury, the New Moon’s dispositor, is also in Virgo, released from the shadow period of its recent retrogradation, and is conjunct Mars, which makes for hasty and ‘sharp’ communications, negotiations and travels. The reason is that there are issues regarding work, health, order and routine that have been pending at least since the end of last July and that need to be resolved.


Moreover, Venus has just changed signs only to join the other four planets that are currently transiting Virgo. This means that the new beginning not only aims at more order, predictability and optimal use of existing resources but also attempts to make financial plans and related settlements in relationships and partnerships. However, the New Moon’s degree (27 Virgo) is the degree of Venus’ pure fall; this requires a lot of effort if one wants to save money or other resources, which is why the phrase ‘to skin a flint’ comes to mind!

Besides, the irritation triangle, in which the New Moon participates with Chiron in opposition aspect and Jupiter/Uranus in semi-sextile aspects, creates internal tensions and minor irritations due to feelings of helplessness (Chiron) surrounding the achievement of some crazy dream (Jupiter/Uranus). Nevertheless, in attempting to address the above tensions and constraints, one may achieve significant personal development, transformation and opening-up of new horizons. This is further supported by Jupiter directly activating the Venus/Saturn midpoint and by the Nodes closely activating the Sun/Pluto and Moon/Pluto midpoints. The latter midpoint activation, especially, marks group and collective processes that signify a sense of restart and deep transformation.

Finally, the hard rectangle composed of the Mercury-Neptune and Jupiter-Uranus oppositions may cloud one’s judgment and cause frustration because of over-optimism or because of unpredictable factors that jeopardize the New Moon’s need for planning and order. On the upside, this is likely to drive one on to even greater and stronger efforts in pursuit of planning and order. In any case, the lack of fixity that characterizes the New Moon’s horoscope and the ensuing emphasis in mutability requires constant alertness due to rapidly changing circumstances. However that may be, we wish you enjoy the New Moon!
Posted by Dr. Vangelis Petritsis at 22:38