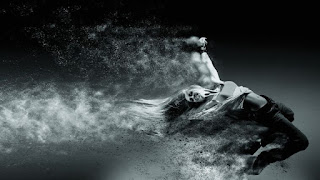 On April 5 2019 at 8:50am, there is a New Moon in the enthusiastic, spontaneous and independent sign of Aries. Similarly to any New Moon, this one too marks a new beginning in that area of one’s horoscope where it happens to take place. Due to the nature of the sign, this New Moon urges us to motivate ourselves and to become pioneers while bringing more enthusiasm and independence. It reminds us, however, that in order to move forward, we will need to take action to get rid of rules, obligations, tasks and obsessions of the past that no longer have any reason to exist (New Moon square with Saturn-Pluto- Moon’s South Node).

Indeed, Mars, the New Moon’s dispositor, at a critical degree ruled by Venus and in sesquisquare with Saturn, is revealing of the possibility of voluntary resignations despite financial insecurity and lack of predictability (lack of fixity in the New Moon’s horoscope). The need for resignation and escape is even more emphasized by the Pisces stellium (Venus, Neptune, Mercury).

It is also interesting to mention that the New Moon activates the degree of the last solar eclipse (January 6th 2019). That eclipse spoke of an accumulated oppression of self-expression, which in turn planted the seed for permanent interruptions and break-ups in relationships and collaborations. With this New Moon in waxing square to the January solar eclipse, the seed has already sprung up. Moreover, with Jupiter turning retrograde a few days after the New Moon (April10), there is the opportunity for more inner freedom and self-confidence that was being cultivated since January 14, a few days after the solar eclipse, when Zeus was entering his shadow period. In any case, we wish you a good and dynamic New Moon!

Posted by Dr. Vangelis Petritsis at 17:43