Full Moon Across Leo-Aquarius: The Dogma of Terror is Back… 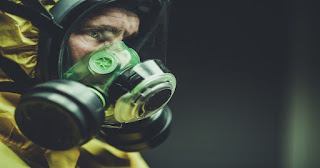 On August 3, 2020, at 3:58 pm, GMT, there is a Full Moon taking place across the Leo-Aquarius axis, the axis of individual and collective expression. Like any Full Moon, this one too is a moment of culmination or completion directly related to the previous New Moon, in this case that of July 20, 2020, which spoke of an urgent and immediate need to break away from the past. Thus, with the Full Moon axis being squared by Uranus and with Mercury being at the degree of the previous New Moon in opposition to Saturn, the potential for breaking away from the past is fully illuminated, in ways that can even be sudden or irrevocable.

The mind is overwhelmed by thoughts of personal inadequacy and travels are severely hampered, following orders from power figures and governments that are in a position of absolute power (Mercury-Saturn in Mars’ pure fall and exaltation, respectively, and the Sun dignified). At the same time, relationships and collaborations are tested while financial transactions cause headaches (Venus in conjunction with the North Node, in harsh aspects with the Full Moon axis and inconjunct Saturn).

In addition, with Mars in the Sun’s pure exaltation, there is an immediate activation of the 8 April 2020 Full Moon, which we had entitled 'The Dogma of Terror'. Thus, the present Full Moon reawakens it by bringing restrictions that will gradually become more and more reminiscent of the "quarantine" period. In fact, with Mars in partile square with Jupiter (still conjunct Pluto), one may now feel fearless, but the Mars-Saturn square that will take effect from August 10 onwards will bring mandatory restrictions and barriers to self-efficacy and self-disposition.

Together, of course, some of the pending actions and initiatives that had begun last April seem to be coming to an end. We say "some" because Mars has already entered the shadow period of its upcoming autumn retrogradation and he will thus be at the same degree between October 17-21 and December 9-12, 2020, near the solar eclipse of December 14. Therefore, one should expect a thorough review of individual actions and initiatives in the coming months. In any case, we wish you enjoy the Full Moon!

Posted by Dr. Vangelis Petritsis at 16:01