New Moon in Cancer: Will You Dodge the Bullet? 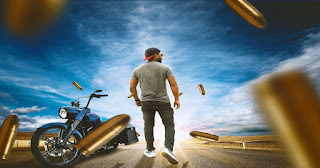 On July 20, 2020, at 5:32pm, GMT, there is a New Moon taking place in the emotional, familial and protective sign of Cancer. Like any New Moon, this one too marks a new beginning in that area of ​​one's horoscope where it happens to occur. Due to the zodiac sign, this new beginning is about domestic, family, and national issues and includes the urgent and immediate need to cut oneself off from the past, in line with the partile opposition between Saturn and the New Moon. With the Moon and Saturn in the signs of their dignity, this cut-off from one’s past seems to put things in order despite the pain of separation.

However, the fact that the New Moon takes place at Mars’ pure fall with Saturn at Mars’ pure exaltation reveals that the new beginning blocks personal autonomy and initiative so as to cede it to power figures, governments and security forces. Individual action, then, is wounded and experienced in a disadvantage manner (Mars-Chiron conjunction), which can lead to inappropriate communications that evoke memories of the past (Mars square Mercury in Cancer). After all, Mars activates the degree of the previous lunar eclipse (July 5), which was directly related to the June 5 lunar eclipse, the result being that the emotional charge is extremely intense. So, one will need to be very careful in managing their anger and emotions.

On a positive note, there is a sextile aspect between Venus and Mars as well as between Mercury and Uranus. So, despite the possible shouts and rude gestures (!), it seems that unexpected solutions will be found and some compromise will be achieved. In fact, Mercury is back in direct motion and leaves his shadow period, bringing a gradual end to delays or misunderstandings in communications, travels and negotiations. We hope that you ‘dodge the bullet’ and that you enjoy the New Moon as much as possible!

Posted by Dr. Vangelis Petritsis at 19:18